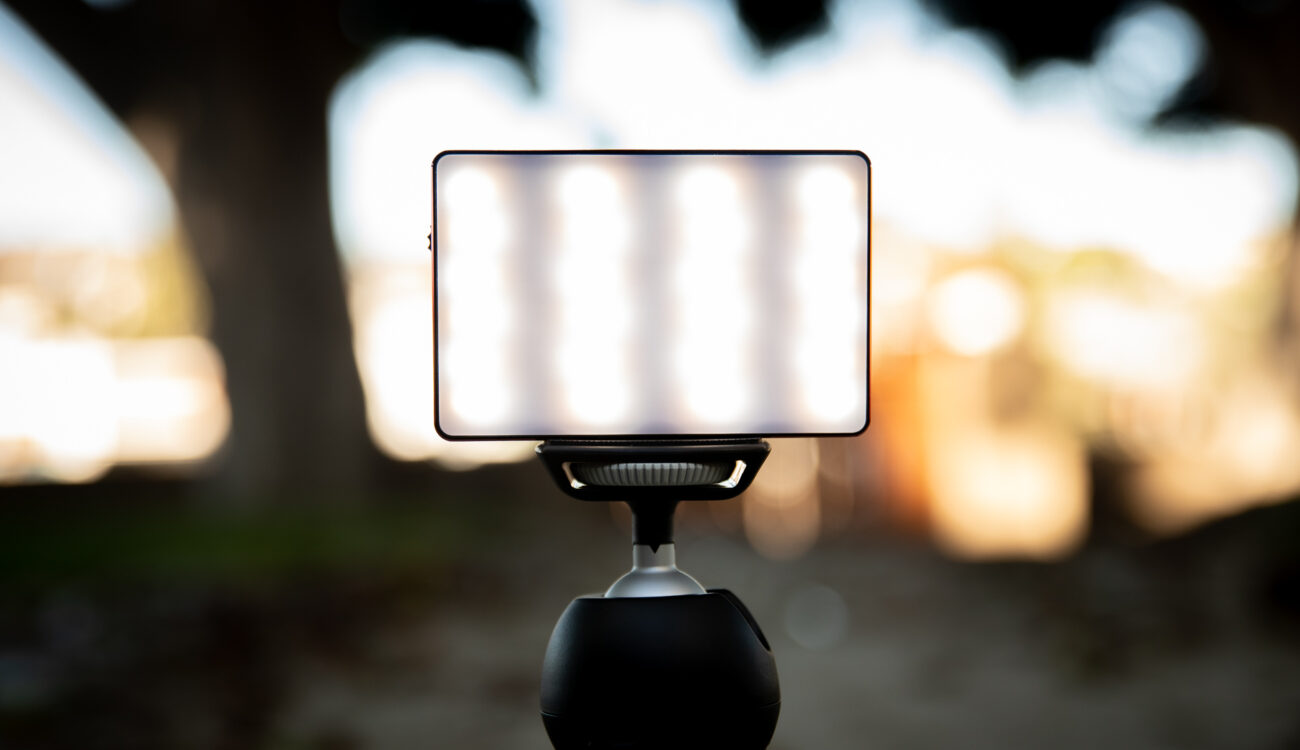 Lighting manufacturer Aputure first teased the MC light at NAB earlier this year as part of their new generation of Bluetooth connected lights. Coming on the heels of the excellent 300D MK II, the tiny MC finds a unique niche in the Aputure lineup and the lighting segment as a whole. Let’s take a look at our short review! 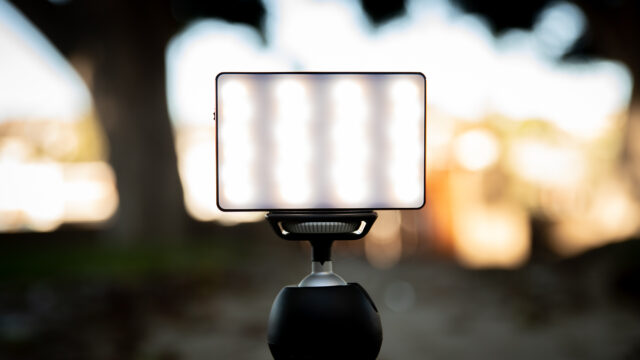 At first glance, it’s tough to tell what scenario would call for a light like this. The MC is small, very small. It looks like an on-camera light for event coverage, but the application in which this fixture would really shine is as an effect light. And for that, you’ll likely need many more than one.

At $90 each, they aren’t too expensive individually, but to really use them in high concept product and music videos you’ll want to operate each light as part of a set. For that, Aputure has a plan — the company promises 4-light (priced around $500) and 12-light MC kits (priced around $1,500) will drop later this year. In the near-term, though you’ll have to make do with purchasing them one at a time after the official launch in late October in time for Halloween. 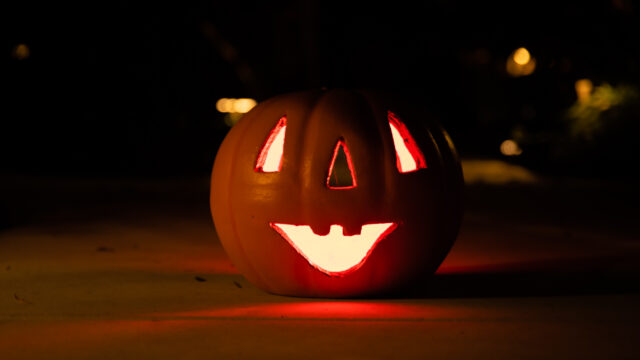 What’s Inside the Box?

The single light ships with:

RGB LED panel lights are a dime a dozen these days, but what really makes the MC different is the size (fits easily in your pocket), wireless charging, large internal feature set and the Bluetooth connectivity with the excellent Sidus Link app. I previously covered the app in the 300D MK II review, but the connectivity remains rock solid from startup and it is absolutely my preferred way of controlling the light over the side control panel/screen. 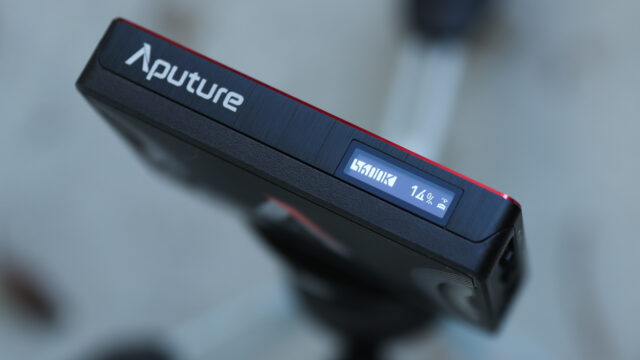 The top screen allows you to navigate the internal features, but there are so many selectable options that you might be better served controlling the light with the Sidus Link app. (Image credit: Graham Sheldon)

Aputure claims 120 minutes of battery time and after testing I was definitely approaching 2-hours at higher output settings. I also was able to test the light with a Qi charging pad (not included) and it did take over an hour to charge to full wirelessly. The ability to wirelessly charge is an interesting feature, but its real usefulness stems from the upcoming charging cases that come with the kits (again, shipping later this year). For those that didn’t catch the NAB announcement, you’ll be able to plug the upcoming MC charging cases directly into the wall, which is very convenient for travel shoots.

The exterior body of the MC does feel plasticky to the touch, but I didn’t find any build issues during my several weeks with the light. I think the light could take some normal abuse, but I wasn’t willing to toss the fixture onto cement to find out. Only time will tell.

A single 1/4 20 mounting point is available on the bottom of the fixture and two magnets on the rear of the light also provide mounting options and you could also gaff or velcro the light anywhere given the size and weight. 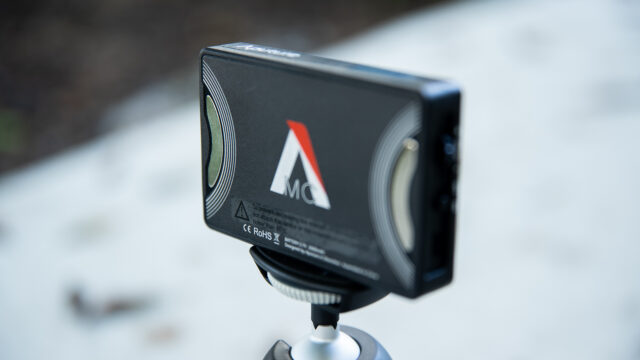 A wide range of effects such as paparazzi, fireworks, broken lights, TV pulse, fire, party, and police car are all available in the AL-MC. Gel pre-sets such as CTB 1/8 and Full CTB (to name just a few) are also selectable. 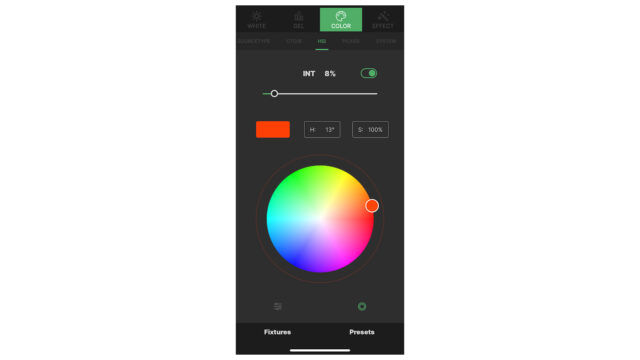 A unique color “picker” tool allows the user to take an image on their phone of a particular color in their environment and replicate that color in the light output. While interesting, I’m not sure how many times I’ll need this feature while shooting, but it might be a good way to match lights with art design depending on the project creative.

Most often I used the app simply to change intensity or to dial in my lighting ratios or color temp (from 3200K to 6500K) in conjunction with the 300D MK II as part of a Scene grouping. As I noted above, the app is just much faster to navigate when compared with the small toggle wheel on the side of the light.

While Aputure claims over 60,000 fixtures can be controlled through the app, I’m guessing the ability to control just 4 or 5 lights without leaving the monitor should be fine for me for most scenarios.

The light has enough output to work as a hair light or to highlight a background element, but as a key, you need to have the light very close to your subject and the included diffusion does cut output significantly.

For indie filmmakers, you now officially have access to the world of RGB for a remarkably low cost. This is a big change from a few years ago where RGB led panels would mean thousands of dollars in expenses.

I’m guessing Aputure’s MC light works best as part of a set and I’m hoping to try out a few at a time once the kits launch at the end of the year. For now, it’s small, charges on the same wireless Qi pad as my iPhone, mounts easily and it fits seamlessly within the Aputure ecosystem – that is steadily improving and should grow even further with a larger panel light and lightbulb coming soon from the manufacturer.

What do you think of the Aputure MC? Will it find its way into your kit? Let us know in the comments below!