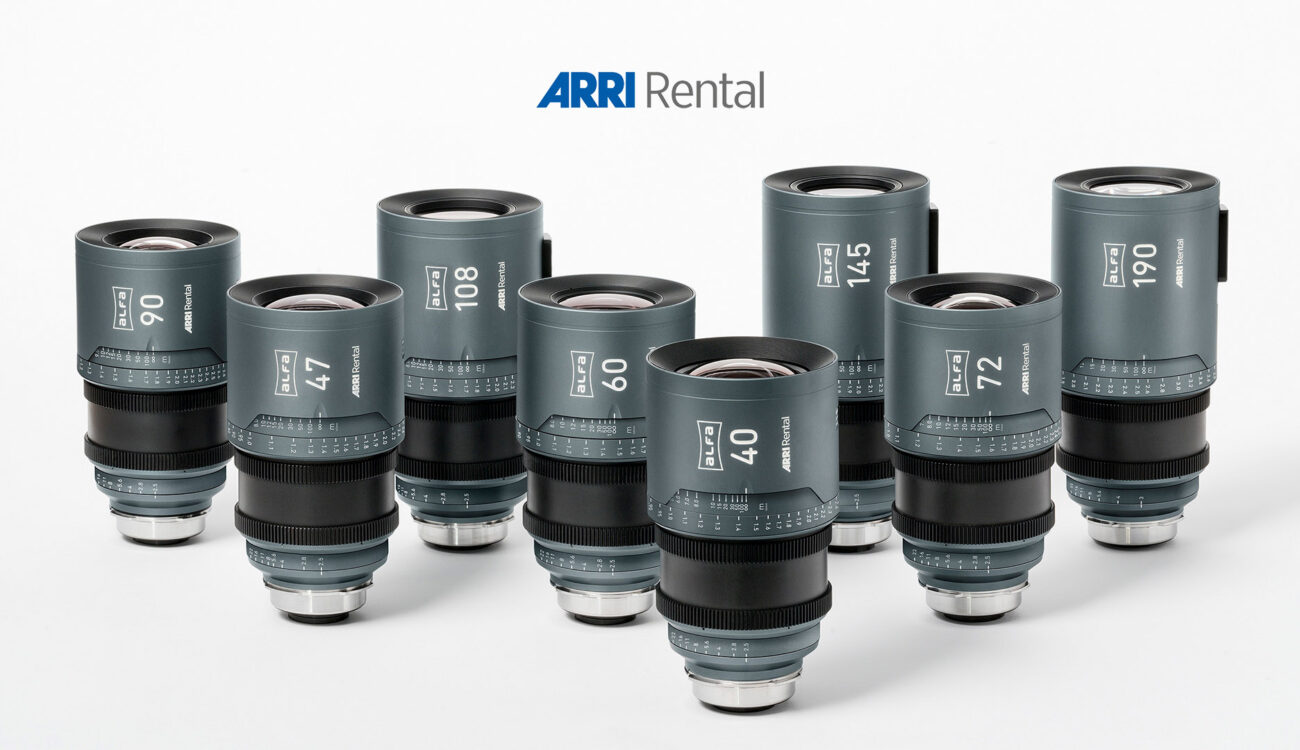 by Francesco Andreola13 days ago

ARRI Rental’s sole mission is that of providing cinema and broadcast professionals around the world with the most advanced imaging technologies available today. Among other achievements, this huge team effort resulted in the development of the ARRI Prime DNA and DNA LF large-format lenses.

However, ARRI Rental didn’t stop. Indeed, their R&D team has been working side by side with professional cinematographers to develop two new large-format lens series. So please welcome the ARRI Rental ALFA and Moviecam glass.

The ARRI ALFA and Moviecam series are specifically designed for large-format cinematography. Built around the LPL-Mount system, they are compatible with the ARRI 65 and LF cameras.

The construction of these lenses relies on ARRI’s expertise. This ensures a solid build-quality with incorporated modern features, like the LDA chips for efficient data workflows.

Despite the similarities, these two lineups should provide very different imaging characteristics. So let’s take a closer look.

The ARRI ALFA series builds on the legacy of the ARRI Master Anamorphic lenses. However, added elements and optical scheme modifications create a never-seen-before look.

This series of large-format anamorphics includes 8 lenses ranging from 40 to 190mm. Most lenses in the lineup have a maximum light transmission of T2.5.

According to Fraser, the ALFA lenses provide “a nice vignette of softness around the edges but a super-sharp center”.

While the ALFA lenses produce a strong anamorphic look, the Moviecam series aims at giving vintage glass a whole new life, providing the nostalgic look many filmmakers are looking after.

The optical scheme of this glass dates back to the 1970s, while the housing has a fresh, modern, high-performance design, with uniform lens sizes and ring placements. According to ARRI, the lenses in this series are lightweight and compact in size.

These lenses truly represent the state-of-the-art of our craft today and they should provide ultimate image quality. However, they are not for everyone and it won’t be easy to put hands on them.

In fact, as in the case of the ARRI Prime DNA and DNA LF lenses, the ALFA and Moviecam Series are only available through ARRI Rental’s network of facilities around the world, particularly in North America and Europe.

What do you think about these new ARRI Rental lens series? Have you ever shot on the ARRI 65 or LF cameras? Share your experience in the comments below!