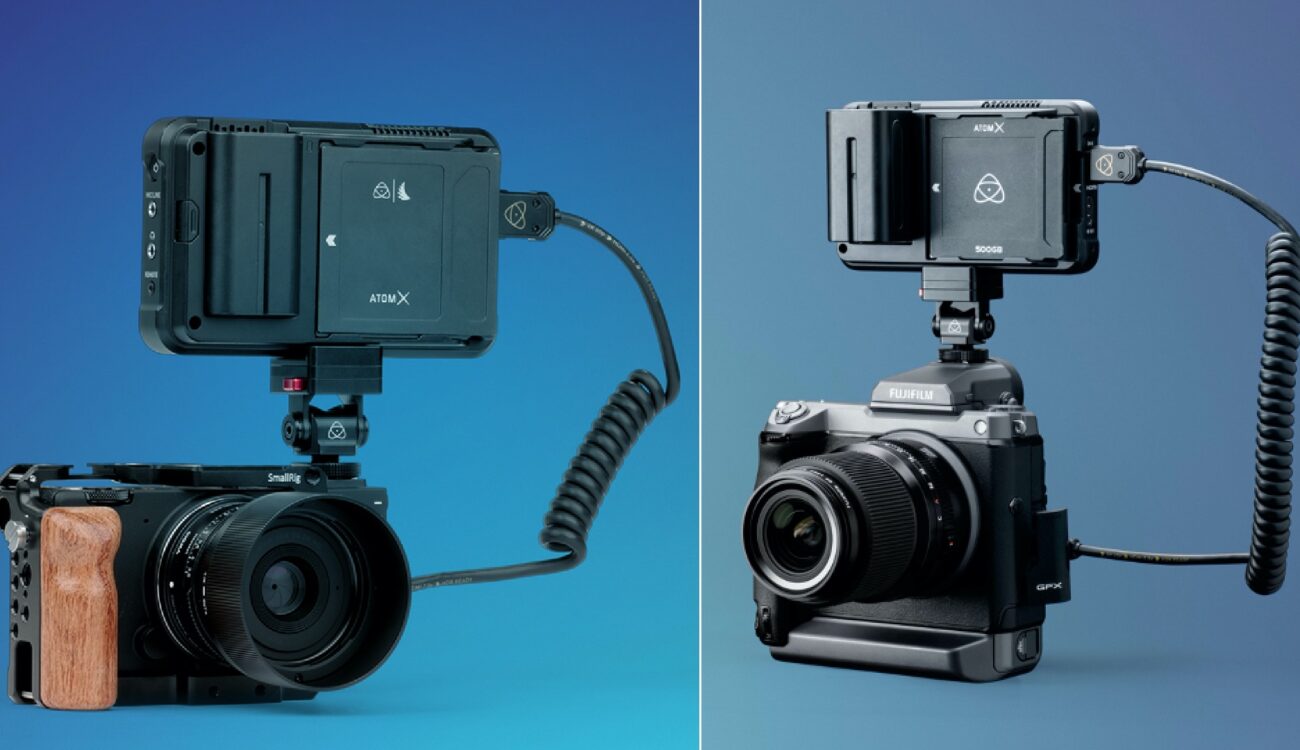 Just a few days ago, Atomos released a final version of the firmware update for ProRes RAW recording from the Panasonic LUMIX S1H full-frame mirrorless camera. Now, the Australian company releases a firmware update (this time a pre-release beta) to enable Ninja V to record ProRes RAW from SIGMA fp and FUJIFILM GFX100.

With the new AtomOS update, the FUJIFILM GFX100 and Atomos Ninja V will now be able to combine a medium-format aesthetics with 12-bit ProRes RAW flexibility. In case you missed it, make sure to check Johnnie’s extensive coverage of the FUJIFILM GFX100 launch – Documentary “Birth of a Camera” (Part 1 and Part 2) and the GFX100 First Impression and Sample Footage.

Atomos created a landing page with some more information about the FUJIFILM GFX100 including sample ProRes RAW footage from the camera.

The SIGMA fp is one ot the smallest (if not THE smallest) full-frame mirrorless camera out there. Check Johnnie’s SIGMA fp review for more information about it. While the SIGMA fp also offers internal CinemaDNG RAW capture, its HDMI RAW output can be recorded by Ninja V as ProRes RAW. Atomos announced this news back in June 2020.

Just like for the GFX100, for SIGMA fp Atomos also created a landing page with more information about its ProRes RAW capability.

As I previously wrote in one of my articles, while ProRes RAW as a format definitely offers advantages, the editing software (NLE) you use, will determine how much of the advantages you really can enjoy.

ProRes RAW is Apple’s codec, so logically the best workflow for this format is currently available in Final Cut Pro X on Apple computers. Other NLEs that support working with ProRes RAW are Adobe Premiere Pro, ASSIMILATE SCRATCH, Colorfront, FilmLight Baselight, and Grass Valley Edius. As a side note, Adobe Premiere Pro, however, only offers limited image controlling options at the moment.

If your main NLE happens to be DaVinci Resolve (my case), you will end up having to transcode ProRes RAW material to something else like for example ProRes 4444 (while possibly losing some of the flexibility RAW workflow offers). Let’s hope Resolve adds native support for ProRes RAW in the near future.

What do you think of the 12-bit ProRes RAW capability of these cameras. Do you use either FUJIFILM GFX100 or SIGMA fp for your video work? Do you use external recording often? Let us know in the comments section underneath the article.