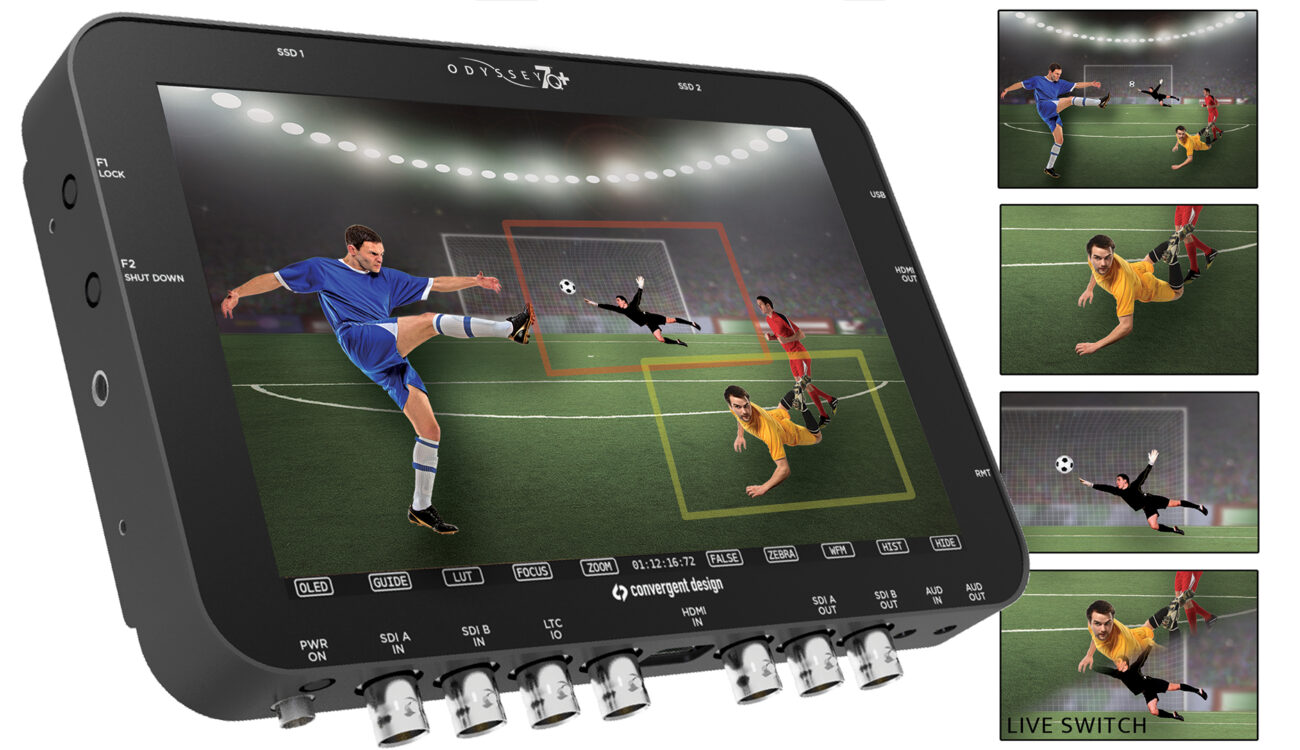 Convergent Design Titan follows the tradition of the company as it is not a hardware device but a software option for their existing lineup up monitors/recorders, such as the Odyssey7Q+, Odyssey7Q and Apollo. With Titan, you’re able to pull 3 HD signals from just one 4K source plus a fourth live-switch signal. 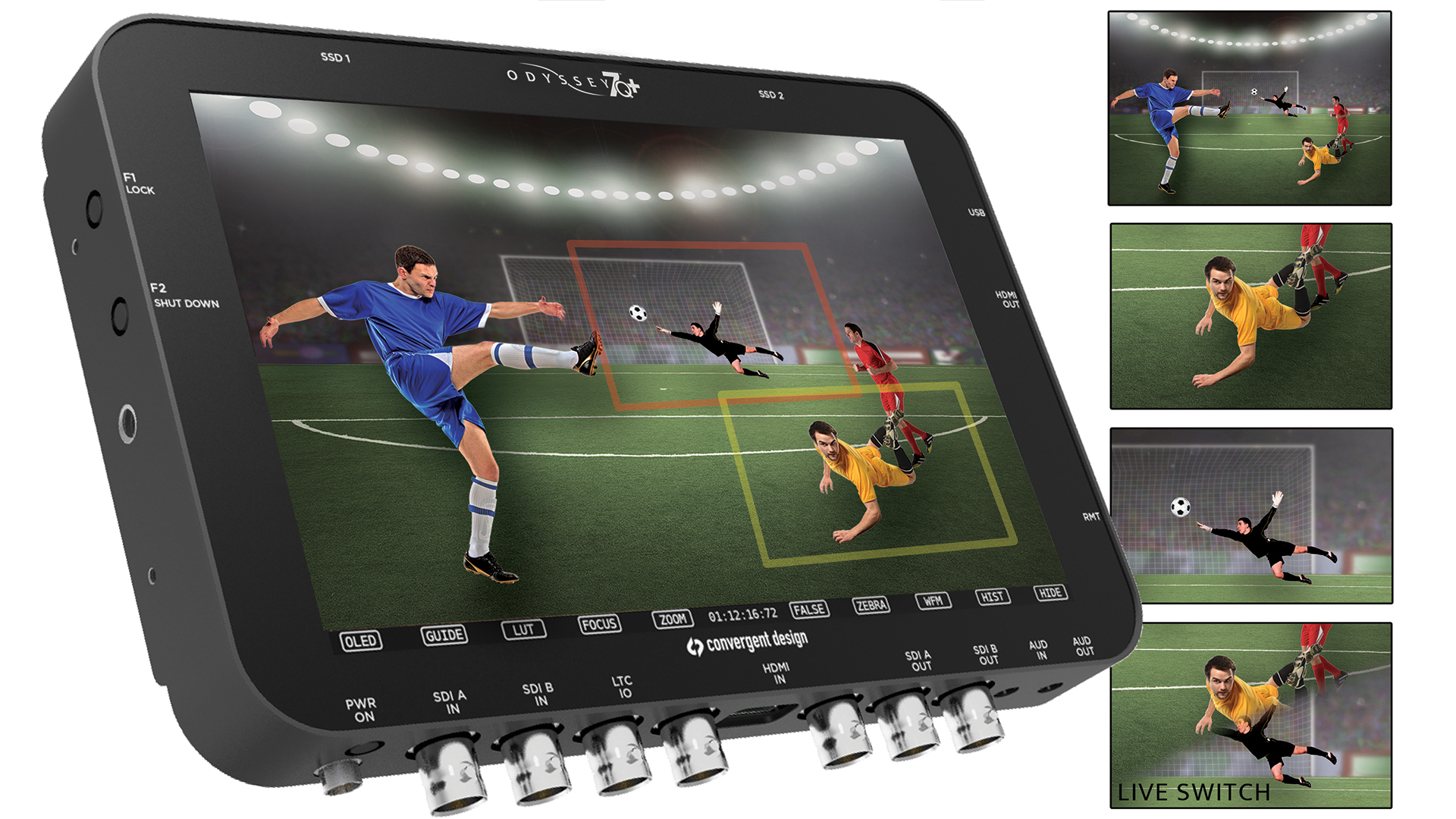 You heard about the Convergent Design Apollo, right? The device is capable of taking up to 4 HD streams and record them simultaneously. That’s neat, but you’ll need 4 sources (read: cameras) for that, of course. Now, the freshly announced Convergent Design Titan option is kind of a reverse Apollo. Feed the recorder of your choice which has the Titan option installed with one 4K source and you’ll be able to pull 4 HD signals out of the thing:

All you need is one camera (which is capable of putting out 4K over SDI or HDMI, of course), a Convergent Design monitor/recorder of your choice and that’s it. Everything is being recorded in to one SSD, which makes editing much easier as all the clips are already in sync and have matching timecode.

Titan also accepts 4K RAW data from the Sony FS5, FS7 & FS700 cameras. In terms of live-switching you can choose between hard cuts and dissolves. 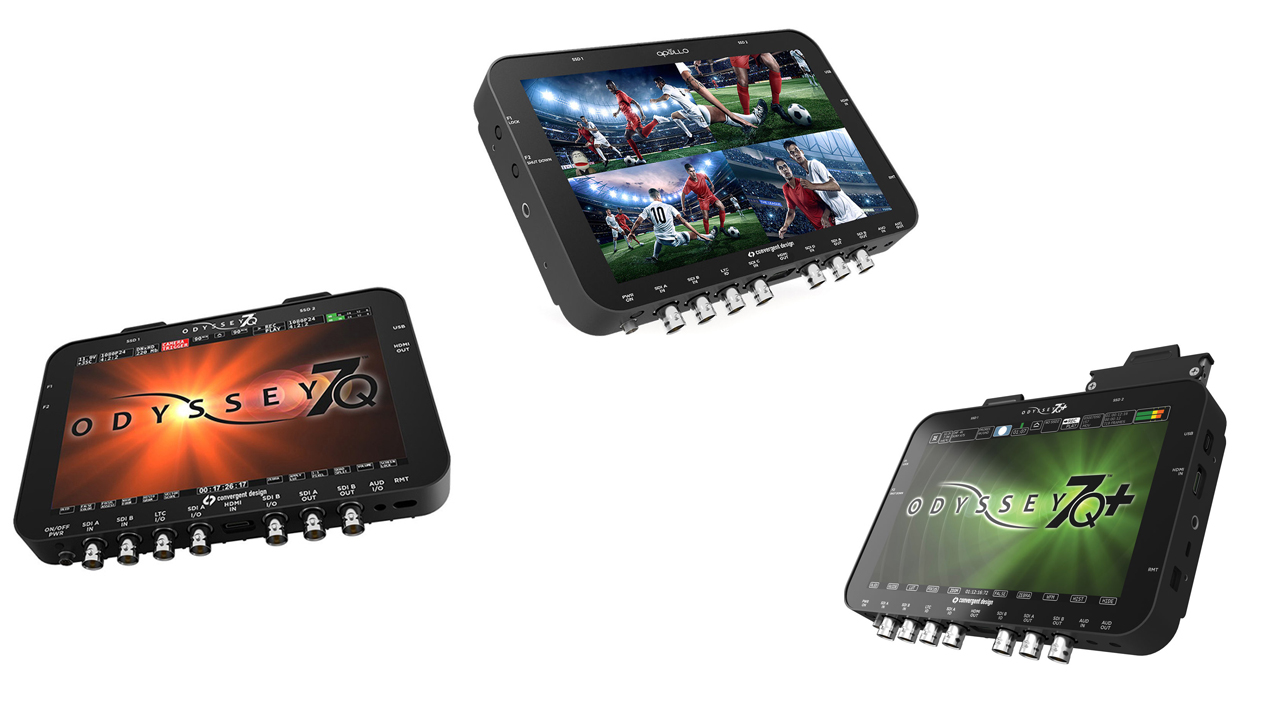 There’s no need to buy another hardware device, as all the recent models are being supported such as the Odyssey7Q+, Odyssey7Q (limited to 3G SDI) and Apollo, of course. There’s no need of purchasing any of the other available options such as the RAW bundle, either.

Let’s say you’re up for the task of shooing an two-subject interview with a tight deadline. With the Titan option you can pull of a very minimal setup but still get a wide shot, two close-ups and a live edit of the whole thing which you can hand over to the client immediatly after the shoot. This is really neat, I think!

Of course this is only for setups which require a really fast turnaround time and still demand for high quality results. For someone who likes sticking to the 30 degree rule this option really won’t be an option as you’re producing jump cuts all the time. But for small crews with tight schedules this could be a great addition to their toolbox.

The Convergent Design Titan option is $1295 but there’s an early bird special which is $995 and will be valid for a limited time only. Titan is expected to be available around the beginning of October.