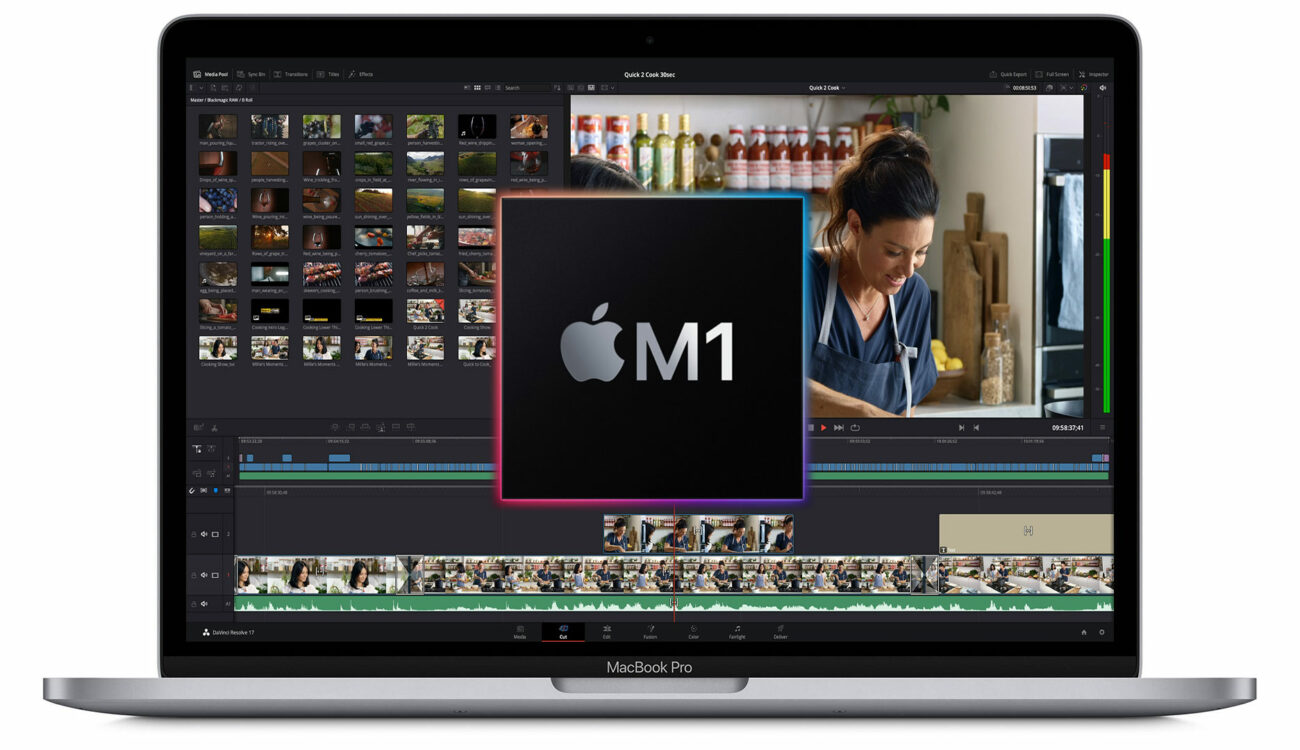 DaVinci Resolve 17.1 for Apple M1 MacBooks and M1 Mac Mini is now out of beta and available in its final release. It offers H.265 4:2:2 hardware decode support, H.265 4:2:2 and 4:4:4 Intel decode/encode support in DaVinci Resolve Studio, support for GPU decoding of RED clips in OpenCL processing mode, and more.

The regular version of the popular NLE from Blackmagic Design – DaVinci Resolve 17 – has been out of beta for two weeks already. Now, the Apple Silicon version of the editing software gets out of beta, too. Let’s take a quick look at all the details.

DaVinci Resolve 17.1 Out of Beta

When Apple released the long-awaited M1 Macs with its own Apple ARM-based CPU in November 2020, many people got excited. Having everything on one chip limits the upgradability, but it excels at efficiency. The many reviews that followed the announcement confirmed that the small 13″ M1 MacBooks and the new M1 Mac Mini introduce a very nice combination of power, compactness, and long battery life.

Although the M1 systems are able to run x86 and x64 applications via the so called Rosetta emulation, running an app natively on ARM means better performance and stability. It seems that the Resolve team at Blackmagic Design prepared for the Apple M1 launch in advance. Only a few days after Apple’s announcement, Blackmagic Design released the DaVinci Resolve 17.1 that was optimized for the new Apple Silicon machines.

After few beta versions, the Resolve 17.1 final release is now out. These are the release notes for Resolve 17.1. It brings:

As always, the latest version of DaVinci Resolve is available free of charge from Blackmagic Design Support Center. DaVinci Resolve Studio 17.1 “full shipping version” is available free of charge for those who previously purchased the license (in form of a serial number or dongle). The cost of the Studio license is $295 and its valid for a lifetime.

The updated DaVinci Resolve Project Server 17.1 is also available in the Support Center. It adds support for multiple users on different workstations to open and work on the same project at the same time.

Additionally, Blackmagic Design currently offers a free DaVinci Resolve 17.1 Studio license with every Blackmagic Speed Editor (check our review here) purchase for a total of $295. Or is it the other way around? Anyway, it is a very good deal I would say.

Do you use DaVinci Resolve on one of the new Apple M1 computers? How do you like the experience? Let us know your thoughts in the comment section below.