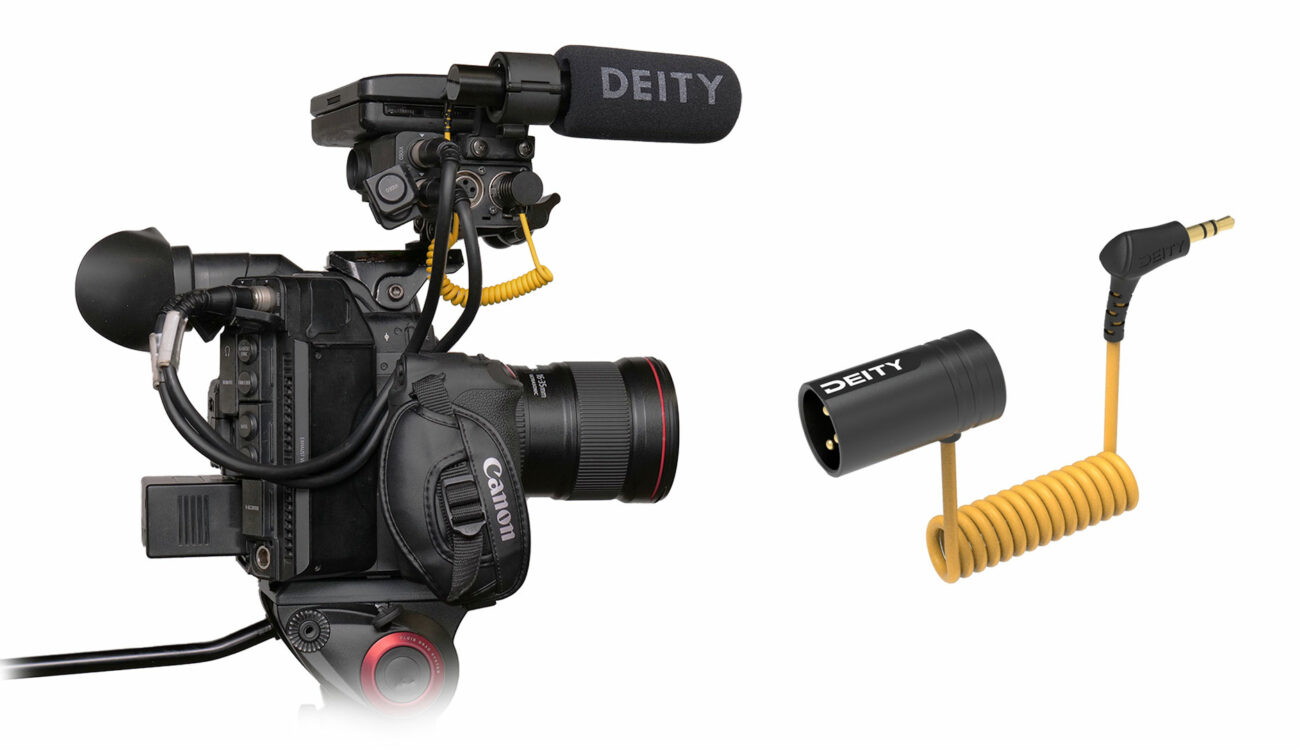 Deity has just announced a new cable that allows you to connect your 3.5mm video microphones to an XLR-based camera or audio recorder: the Deity V-Link. Let’s take a closer look at it!

The Deity V-Link is a 40cm/15in coiled XLR to 3.5mm TRS audio cable. This cable allows you to connect nearly every 3.5mm video microphone to an XLR-based audio recorder or camera. On the XLR side, you’ll find a right-angle XLR jack.

But, it’s not just a simple cable, as the Deity V-Link adapts the 48V phantom power supplied by the XLR input it’s plugged into. Then, this signal is converted into a 3V Plug-In Power signal, mimicking the traditional 3.5mm TRS jack that video microphones are designed to be used with.

According to Deity, “the 48V conversion circuit introduces zero additional noise to your audio signal.” Below is a tab that compares the Deity V-Link to the RODE VXLR+/SC2 cable and the Saramonic C-XLR+/SR-CS350.

The V-Link is available now for $34, which is more affordable than the RODE/Saramonic options.

For more information about the V-Link and to learn more about it, please visit Deity’s website here.

Do you often use on-camera microphones plugged into an XLR port? Which is your preferred audio cable to do so? Don’t hesitate to let us know in the comments below!