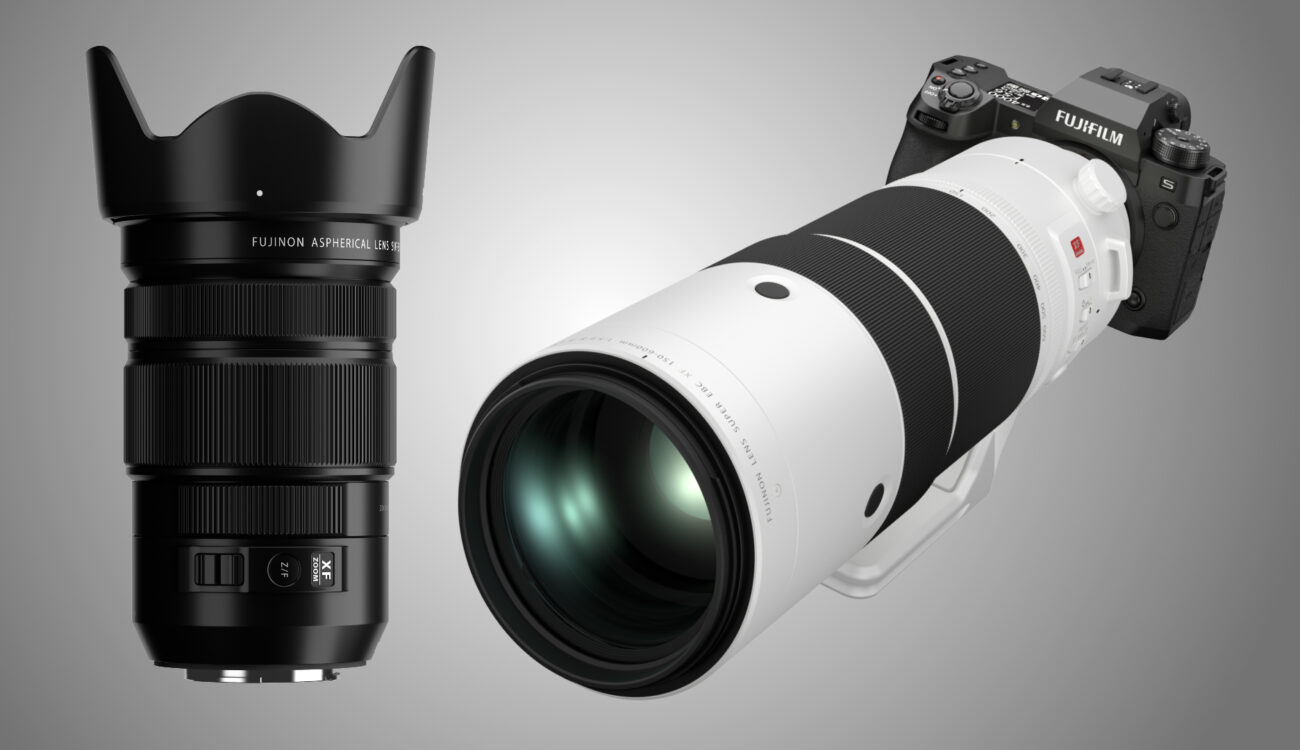 Wow, two new zoom lenses for the FUJIFILM X-Mount! One giant white zoom and another quite interesting zoom lens with a nice long reach and some neat tricks. Let’s check them out, shall we?

This is a quite unique lens as it sports a dedicated zoom/focus rocker which can be used to smoothly change the focal length (aka zooming) while filming. Note: for using the “focus” mode, this rocker only works with the new X-H2S for now (article here | Interview video here). Other models like the X-T4 (review here) will get a firmware update to support this as well.

According to FUJIFILM, this lens offers very fast AF-tracking speeds, especially when used in tandem with the new FUJIFILM X-H2S as this camera offers a so-called high-speed focus drive mechanism.

this lens marks the first collaboration between FUJINON Optics and FUJIFILM X Series engineers, creating a truly hybrid solution for motion production professionals and enthusiasts alike. Incorporating our inherent broadcast technology has allowed us to create a lens with both cinema and broadcast-style features that delivers smooth zoom, focus, and iris functionality.

The lens offers a constant maximum aperture of F4 across the entire focal range, from wide-angle to telephoto. And it is claimed to be parfocal, which means the focus does not shift while zooming.

In addition to the aforementioned rocker, the lens sports regular zoom and focus rings, a custom Fn button, and a variable zoom/focus control ring. This ring allows you to control zooming or focusing at a variable speed.

The whole lens weighs just over 460g, and it measures around 123.5mm in length. It also sports a standard 72mm filter thread.

The lens barrel is weather-sealed to ensure dust and weather resistance and to provide the ability to operate at temperatures down to -10º C.

Since this lens was also developed by FUJINON, it sports so-called HT-EBC coating, typically used on broadcast lenses, on all elements of the lens, to achieve high transmittance and low reflectance despite containing 24 lens elements.

The lens without lens hood, lens cap, and tripod collar weighs just 1605g which is quite low for such a big white lens.

It also features a high-precision sensor and control system to deliver up to 5-stops of optical image stabilization.

What do you think? Would any of these new lenses make a good addition to your gear bag? Share your thoughts in the comments below!