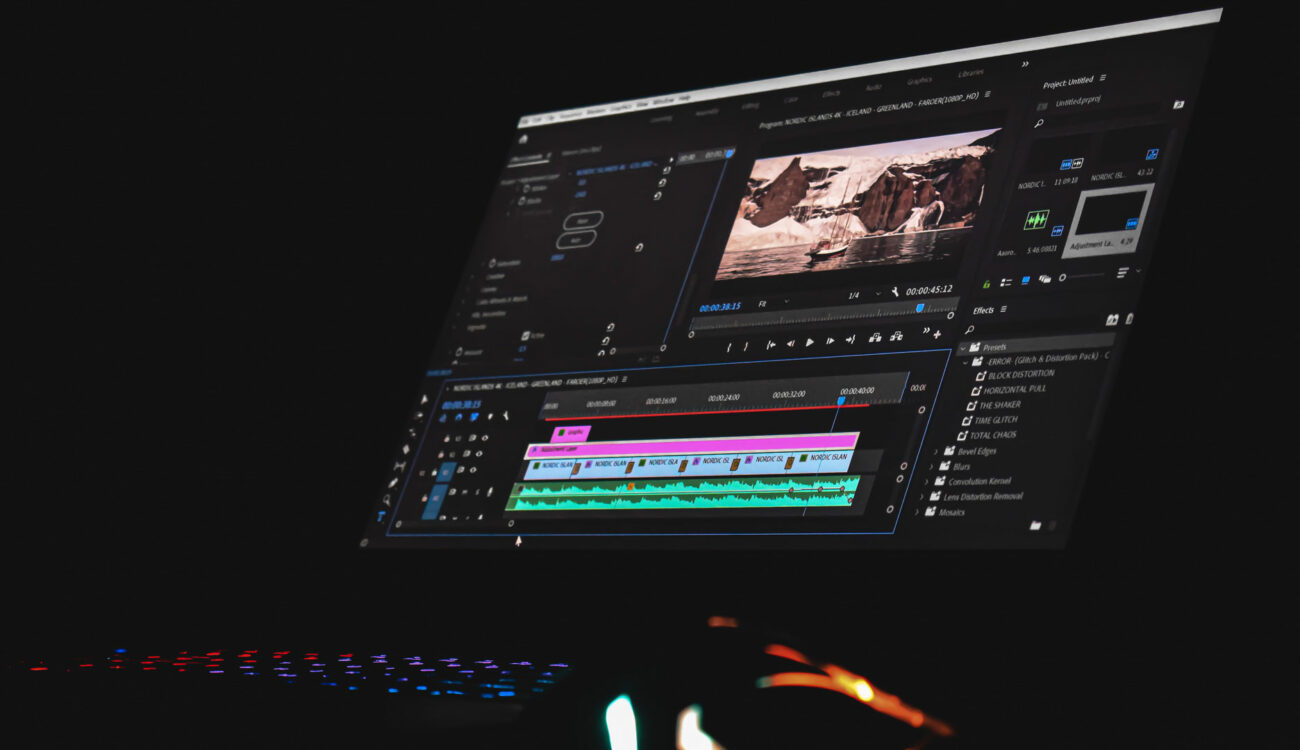 by Larissa Mori12 days ago

This interview is part of a new CineD series celebrating women in the film and television industry. Read our last piece, where we caught up with cinematographer Mia Cioffi Henry here. Today, we talk to Lesley Weir of Serious Facilities about how to become a successful post-producer.

Before becoming a post-producer at Glasgow’s Serious Facilities, Lesley Weir worked on the production side for Scottish television broadcaster STV.

This was in the early 90s. “Scottish television was very young, with lots of local programming,” Weir remembers. “You could be in the newsroom one day and out on a sports pitch or in the hills the next. There was freedom. It wasn’t structured in the way that other broadcasters like the BBC might be.”

Eventually, Weir left STV and began working in post, helping to grow Serious from a small shop with six employees to a full-service facility with 21 offline suites, four online suites, four audio dubbing suites, a graphics department, a data department, Baselight Digital Telecine, film cutting rooms, an enormous machine room and more (at one point, even a bathroom was converted to a suite for extra space!).

Below, she tells us her thoughts on the Scottish television industry and her secrets to becoming successful as a post-producer.

Lesley Weir (L.W.): I just loved it. I loved that when you got into post, everyone could breathe a sigh of relief. You had to make the best with what you had. There was no more debate or discussion – it was just what do we have, and how can we make it work.

I also was keen to help change people’s perspectives on post. People see post as a dark art, as a money pit. As a post-producer, that’s what I’m there to try to change. I need to help translate the process for our customers so that they have full confidence and trust our team’s way of doing things.

What’s it like to be working in the Scottish television industry today?

L.W.: I think it’s an exciting time for Scotland. There’s a real drive to take creativity out of London and develop local talent and hopefully, that’ll continue. There’s also never been so many outlets for content between traditional broadcast, VOD, and online platforms.

Is there anything you would change?

L.W.:  One thing that is quite universal in the television industry – not just in Scotland or in post-production, but in general – is that you tend to get female project managers, and male tech leads. I hope that changes, especially for an industry as innovative as television. We need to be more versatile.

How do you think we can change that?

L.W.: In post, I think we should be more involved with colleges and access courses. But it’s about more than that, too. It’s also about looking at the culture of the organization to make sure it’s not off-putting to people who aren’t ‘like everyone else’. Being nice to others goes a long way, as does having windows in all the post suites, a flexible schedule, and having lunch provided.

What abilities make for a successful post-producer, that can help a company grow?

L.W.: First, it’s to watch and enjoy media – whether that’s film, television or commercials. You need to enjoy what you’re working in. You also need to be great at communication and being trustworthy with clients. You need to put yourself in their shoes – they don’t want to get hit by a big bill at the end, they need to have constant, clear updates to ensure things always stay on track.

Lastly you need to be resilient and be able to have a laugh. A lot of the time clients are very stressed when they get into post. Sometimes they’ll have worked on a project for years and this is the final stop to deliver. It’s important to make life enjoyable – for both your own mental health and for them.

You can find more information on Serious Facilities on their website.

Are you inspired by Lesley Weir’s work and career? Do you also hope for the same changes for the future? Share your thoughts in the comments below and stay tuned for more exclusive profiles from women in the industry.