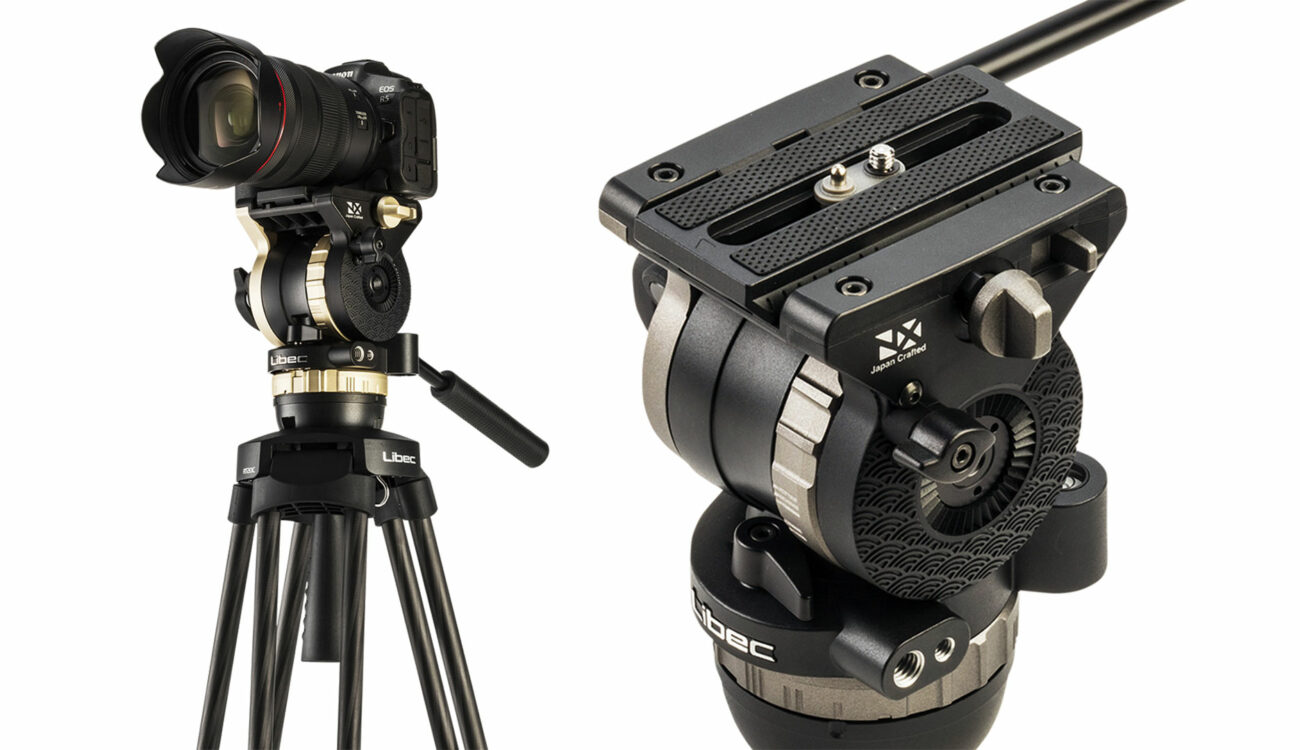 Japanese manufacturer Libec has just released a new tripod system with one set of legs and two tripod heads: the Libec NX. The Libec NH10 and NH30 tripod heads feature a dual base with a flat base and 75mm bowl, with a maximum payload capacity of 4kg and 10kg. The RT20C set of sticks is made out of carbon fiber with a weight of only 1.6kg and an operating range from 37 to 154cm. The tripod system was first available in Japan only and now it will be internationally, too. Let’s take a closer look at them!

Libec has been manufacturing tripods/gimbals/camera bags for 70 years now, and the last new product we saw from them is the TH-G3 gimbal. Last year, perhaps due to the pandemic, the company did not release any new products. Or maybe, their in-house team was occupied working hard to create and launch the Libec NX tripod system, that consists of two tripod heads and one set of legs.

As we mentioned, the Libec NX line consists of one set of tripod legs and two tripod heads: the Libec NH10 and NH30. Basically, both tripod heads have the same features. The main differences between the two are the maximum payload capacity and counterbalance range.

The tripod heads are made out of metal and plastic, while the most important part of the head, (Drag and counterbalance), are made of metal so that the quality is not sacrificed especially when it comes to being lightweight. These fluid heads are very versatile, with both a 75mm ball at the bottom and a flat base, so you can mount them on a slider/jib. The pan and tilt axis both have three steps of adjustment (plus free/0 position), and you can adjust the counterbalance with 5 steps plus free.

It looks like Libec spent quite some time designing the NH10/NH30 paying a lot of attention to user experience. Indeed, the pan bar is central to the tripod head, and you can put the pan bar on both the left or right side, and the controls/locking knobs are well thought out.

The top of the tripod features a sliding quick release plate that looks like a Manfrotto 501 plate, and the company claims that it is “compatible with Manfrotto and Sachtler heads.”

The Libec NH10/NH30 both feature an illumined bubble level so you can level your head even in dark shooting conditions.

Also, there are 1/4-20″ and 3/8-16″ mounting points on the tripod’s left side. These mounting points allow you to mount a magic arm to your tripod head, and as they are near the base of the tripod, they will not affect your camera balance.

The Libec RT20C is a set of carbon fiber tripod legs with a 75mm bowl available with either a ground-level spreader or a mid-spreader. This 2-stage tripod can go from 37 to 154cm, which can be a little bit short if you’re often shooting talents standing up.

The legs’ design is interesting because even if the RT20C unintentionally collapses on you, it won’t smash your fingers or hurt you – I love it!

Finally, according to Libec, the NX-100MC/NX-300MC mid-level spreader systems (with tripod and head) “only weigh 3.8 kg and are considered the world’s lightest video tripods compared to conventional video tripods equipped with adjustable drag and counterbalance systems.”

What do you think about this new Libec NX tripod system? Which tripod is your go-to choice when shooting on location? Don’t hesitate to let us know in the comments below!