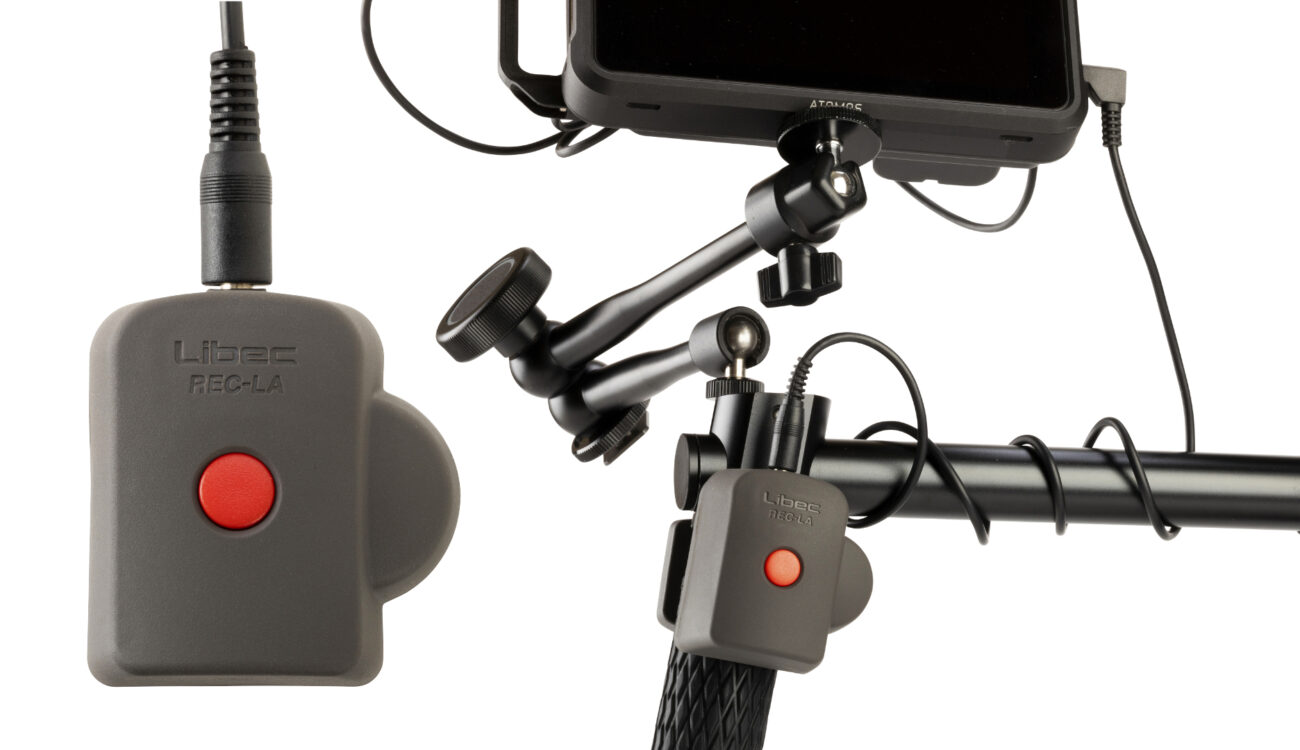 For those of us who use so-called monitor/recorders to get the most out of their beloved cameras in terms of image quality, this might be interesting news. The Japanese company Libec has just announced a handy little remote control called REC-LA for convenient start/stop action in conjunction with the Atomos range of said monitor/recorders.

This little device is called REC-LA and it’s a (wired) single-purpose remote control for Atomos monitor/recorders such as the popular Ninja V (article here) or the Shogun 7.

With the Libec REC-LA attached to a gimbal or tripod handle, for example, you can conveniently trigger the recorder without touching it or, in the case of a full-size gimbal, without having to put it down to start or stop recording. Convenient indeed!

The device is just a small blakc box with a cable attached to it. That’s really it. It connects to any compatible Atomos monitor/recorder vie 2.5mm jack and controls exactly one function of said recorder: Rec start/stop. But since the REC-LA actually implements the LANC protocol here, other devices compatible with this protocol (invented by Sony) might work just as fine. The Blackmagic Design ragnge of VideoAssist monitor/recorders also sport a LANC port for example and so do a lot of camcorder-style cameras out there.

The device is powered by an included CR2032 battery, which can be replaced once it runs out. The included cable (1m / 3.3′) is detachable, so if it breaks, it’s pretty easy to get a new one instead of replacing the whole unit, which is nice.

The Libec REC-LA comes with a clamp so you can easily attach it to the rods or handles (10～45mm in diameter) of your respective camera rig. The device as a whole measures only 85 x 51 mm and weighs only about 110 g (0.24 lbs).

Since it’s a pretty straightforward product, there’s really not much more to say, but I think sometimes simple things can have a profound effect. Triggering a monitor/recorder attached to a giant DJI Ronin 2 rig without having to set it down can be really helpful, don’t you agree?

The Libec REC-LA is available now and costs $129. Since it is compatible with Sony’s widely used LANC protocol, many devices with a 2.5 mm LANC input should work with it. However, since Libec doesn’t offer an official compatibility chart, we can’t say for sure which devices will work and which won’t.

All they state that it will work with LANC compatible Atomos monitor/recorders (such as Ninja V or Shogun 7) and that “REC-LA enables remote Rec start/ stop for Sony, Canon, JVC, and select Panasonic cameras and camcorders with LANC protocol.“