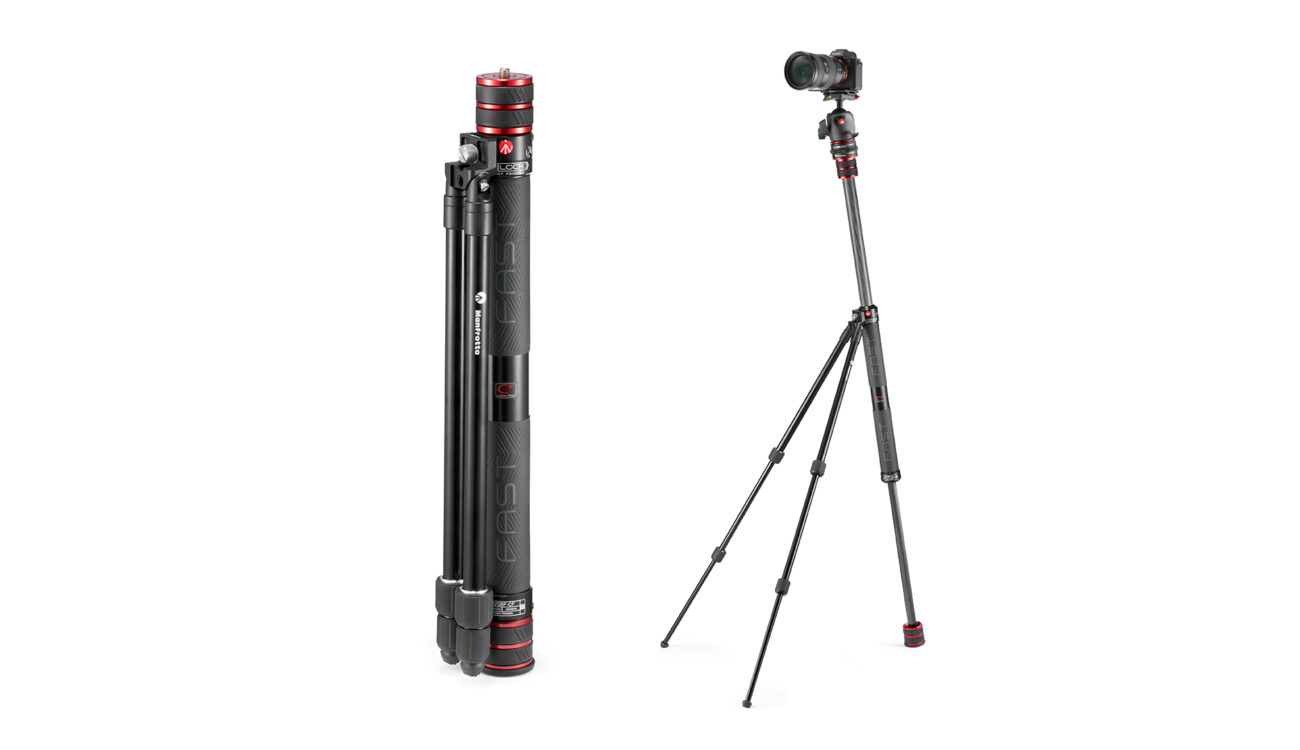 Manfrotto launched a new product specifically designed for its GimBoom: the Gim-Pod. This set of sticks allows you to turn your pole into a tripod in seconds. Also released is an adapter with anti-rotation capabilities, compatible with Manfrotto’s 244 micro arms. Let’s take a closer look at these!

The Manfrotto GimBoom is a compact and lightweight carbon fiber boom with a 6.5kg payload capacity. The GimBoom was released last year along with Manfrotto’s first gimbals as a proper solution to achieve complex camera movements.

To further extend the GimBoom capabilities and versatility, Manfrotto has just launched the Gim-Pod, a foldable set of sticks to expand the boom’s versatility.

The Manfrotto Gim-Pod is a pair of legs that turns your GimBoom into a tripod, making it even more versatile. The Gim-Pod is made out of CNC machined aluminum. Both of the 2-section legs feature anti-slip rubber feet and Manfrotto’s twist locks to extend/retract the legs quickly.

The Gim-Pod attaches to one of the three 3/8″-16 mounting points at the GimBoom’s top. When fully folded, the Gim-Pod does not protrude much – it only adds 7cm/2.76in to the side – and is fairly well integrated into the GimBoom. What Manfrotto calls the “Lambda leg” also features another 3/8″-16 mounting point with anti-rotation grooves compatible with the Manfrotto 244 micro arm.

What do you think about these new accessories for the GimBoom? Do you often use a boom with your gimbal? Don’t hesitate to let us know in the comments down below!