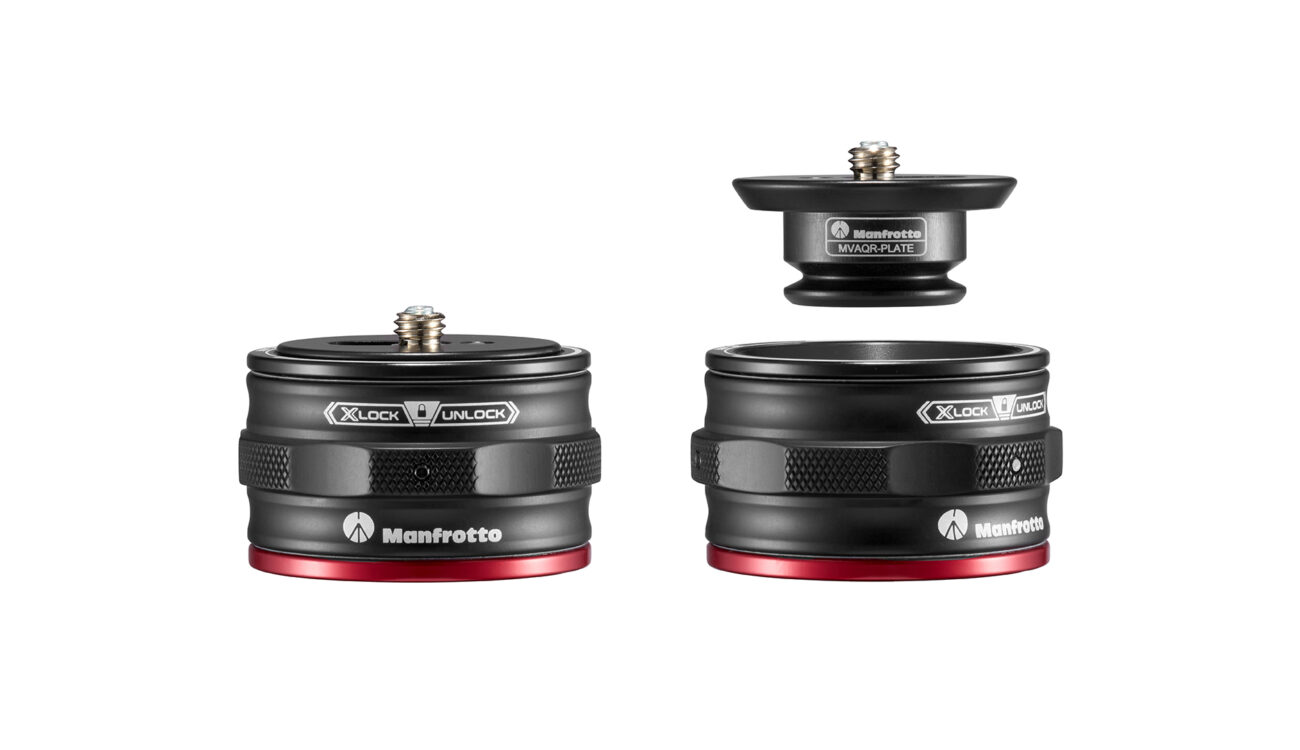 Manfrotto has just launched a new quick-release system for camera support accessories called MOVE. The purpose of this unique ecosystem is to move your camera rig from a tripod to a slider, to a jib, and so on in seconds. So let’s take a closer look at it!

Quick-release systems for grip equipment are not something new, as we already talked about the iFootage Seastars Q1 last year during our Virtual Show. However, Manfrotto is taking this concept much further with a 20kg payload!

The Manfrotto MOVE is a quick-release system made for grip equipment. This system allows you to quickly move your camera rig from a slider to a tripod, a monopod, a jib, or nearly every kind of equipment you can imagine.

The Manfrotto MOVE is entirely made out of machined aluminum, it weighs only 220g/0.48lbs, and it can take a payload of up to 20Kg/44lbs, which is impressive. In terms of dimensions, the base has a diameter of 60mm/2.36in for a total height, when the system is closed, of 53mm/1.37in.

What do you think about this new quick-release system for grip equipment by Manfrotto? Do you think it might be a helpful addition to your kit? Don’t hesitate to let us know in the comments down below!