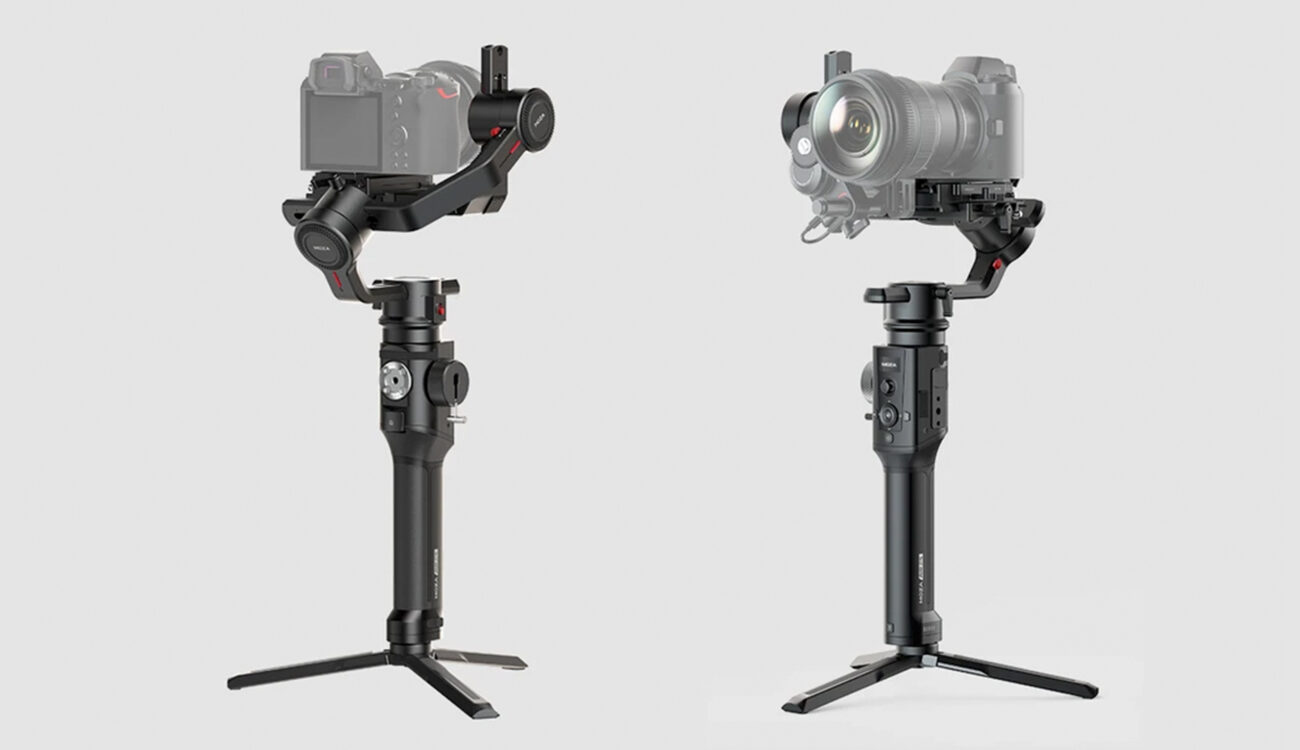 Gudsen has just announced a new gimbal to its lineup: the MOZA Air 2S. This one-handed gimbal can take payloads up to 4.2kg/9.3lbs. This new version of the Air 2 features an extended battery life of up to 20 hours. It has a new micro handwheel, many design updates and you can now lock all three axes. Let’s take a closer look at it!

It looks like Gudsen has lately been putting a lot of energy towards mobile phone gimbals like the MOZA Mini MX or even their small MOZA MOIN camera, but it’s been a while since we’ve see a gimbal for DSLR/mirrorless cameras. Indeed, one of the last gimbal from the company is the MOZA AirCross 2 that came out in 2019.

To keep up with the competition, Gudsen has just released the MOZA Air 2S, which is basically an upgraded version of their MOZA Air 2 that also came out in 2019.

As I already mentioned, the MOZA Air 2S is an updated version of the Moza Air 2. Like its predecessor, it can take a maximum payload of 4.2kg/9.3lbs, which should be fine for most mirrorless/DSLR cameras. However, the maximum payload is mostly what the previous and new version have in common.

Indeed, the MOZA Air 2S features a new 3200mAH battery for up to 20 hours shooting time, that you can charge in only two hours, as opposed to 16 hours of use and 5 hours of charge for the Air 2. Also, you can now charge the battery of the Air 2S via its built-in USB Type-C port, which doubles up as a power input to use the gimbal indefinitely via a power bank.

On front of the gimbal, you’ll find a small screen, a joystick, the navigation wheel and button, a power switch, and Mode/Sport buttons.

On the left side, there is a redesigned “smart micro handwheel”, as Gudsen calls it. You can use it to control the optional iFOCUS wireless follow focus motor. This micro handwheel can also be used to do pan/tilt/roll movements manually with more precision.

Last, but not least, you’ll find an ARRI rosette at the back of the gimbal, next to the trigger/reset button.

On top of the MOZA Air 2S, you’ll find Gudsen’s “classic design of the one-step balancing.” In short, there is a quick release that can be adjusted back and forth and another Manfrotto-style quick release plate on top of it to mount your camera. The idea is that you only need to balance the first plate, then the Manfrotto quick release plate (with your camera) is fully inserted until you reach a hard stop. That way, your camera will always be in the same position with no need to rebalance your gimbal.

Like most modern gimbals on the market, the Moza Air 2S features various shooting modes like inception, FPV, and sports gear. Gudsen also included two modes that work in conjunction with your smartphone: mimic motion control and object tracking.

The MOZA Air 2S is available now for $499.00. In the box, you’ll find the gimbal, a quick-release plate, a tripod, a USB-Mini cable, five camera control cables, 16 M3 screws with an M3 wrench, a follow focus support with rods, one lens support with mounting screws, a screwdriver, various mounting screws, a manual, and a bag. If you need the MOZA iFocus wireless follow focus motor, it’ll cost you an additional $199.00.

What do you think about this Air 2S gimbal? Do you already have the original Air 2? Don’t hesitate to let us know in the comments below!