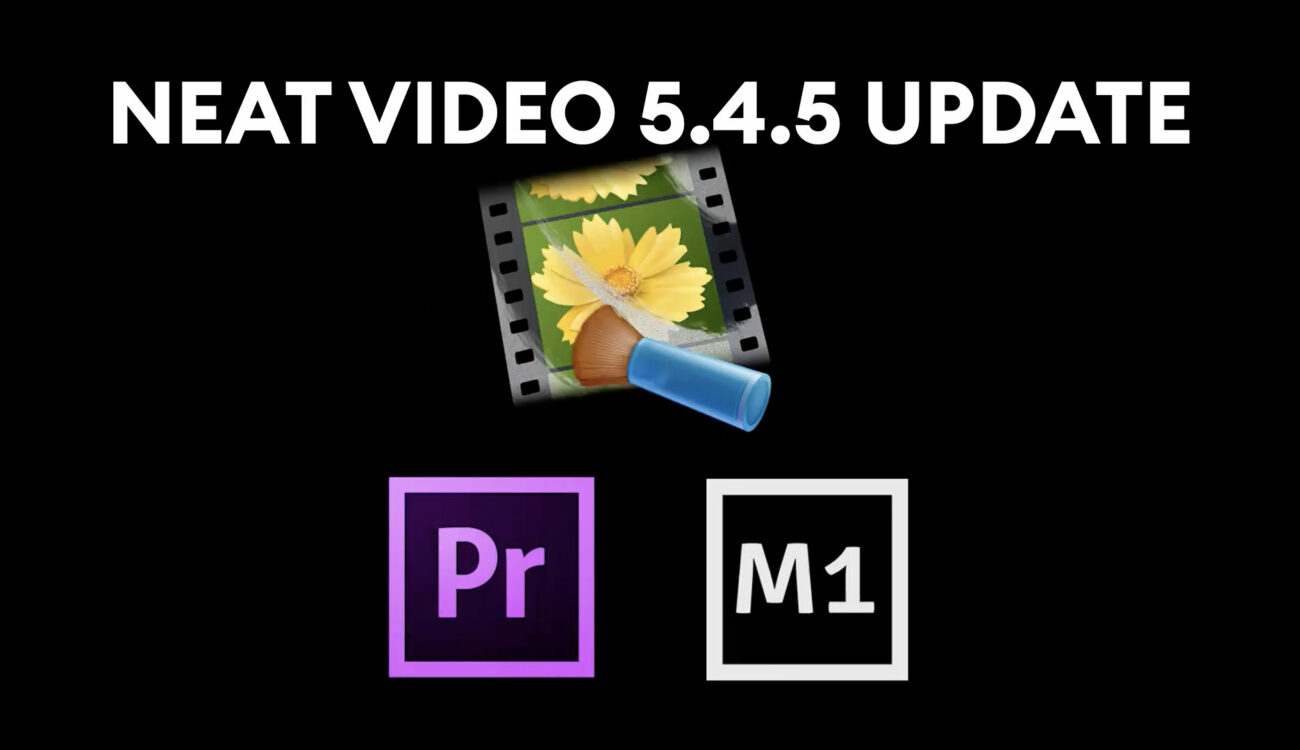 Neat Video has just released an update for its famous denoiser plugin: Neat Video 5.4.5. This version includes support for the latest Adobe Premiere Pro/After Effects 2021 and the latest AMD Radeon RX for Windows and Mac computers. Let’s take a closer look at this update!

If you never heard of Neat Video before, this is a plugin compatible with various NLEs, including Adobe Premiere Pro/After Effects, Final Cut Pro X, DaVinci Resolve, Avid Media Composer, Edius, OFX software, and so on. This plugin is used to reduce digital noise and flickering in your footage. If you want to learn more about it, I even did a Quick Tip video/tutorial that you can read here.

The latest Neat Video 5.4.5 update makes de-noising and de-flickering processes much faster on Apple M1 computers. Indeed, the latest Adobe July 2021 update now offers native support for M1 Macs in Premiere Pro, Media Encoder, and Character Animator. For Neat Video, it means that it can now work in your NLE without the overhead of Rosetta, which results in better rendering speeds.

As a side note, these AMD GPUs are now supported in the latest macOS Big Sur versions. However, Mac Pro users are still waiting for MPX modules featuring these mighty graphics cards. As a comparison, the AMD Radeon RX 6900 XT is twice as fast as the Vega II for under $2000, which is quite impressive.

Back to our main subject, Neat Video 5.4.5 also improves information and error messages, there are several improvements in GUI, and they fixed several minor issues.

What do you think about this Neat Video update? Did you already switch to an Apple M1 Mac? What is your favorite video denoiser plugin? Don’t hesitate to let us know in the comments down below!