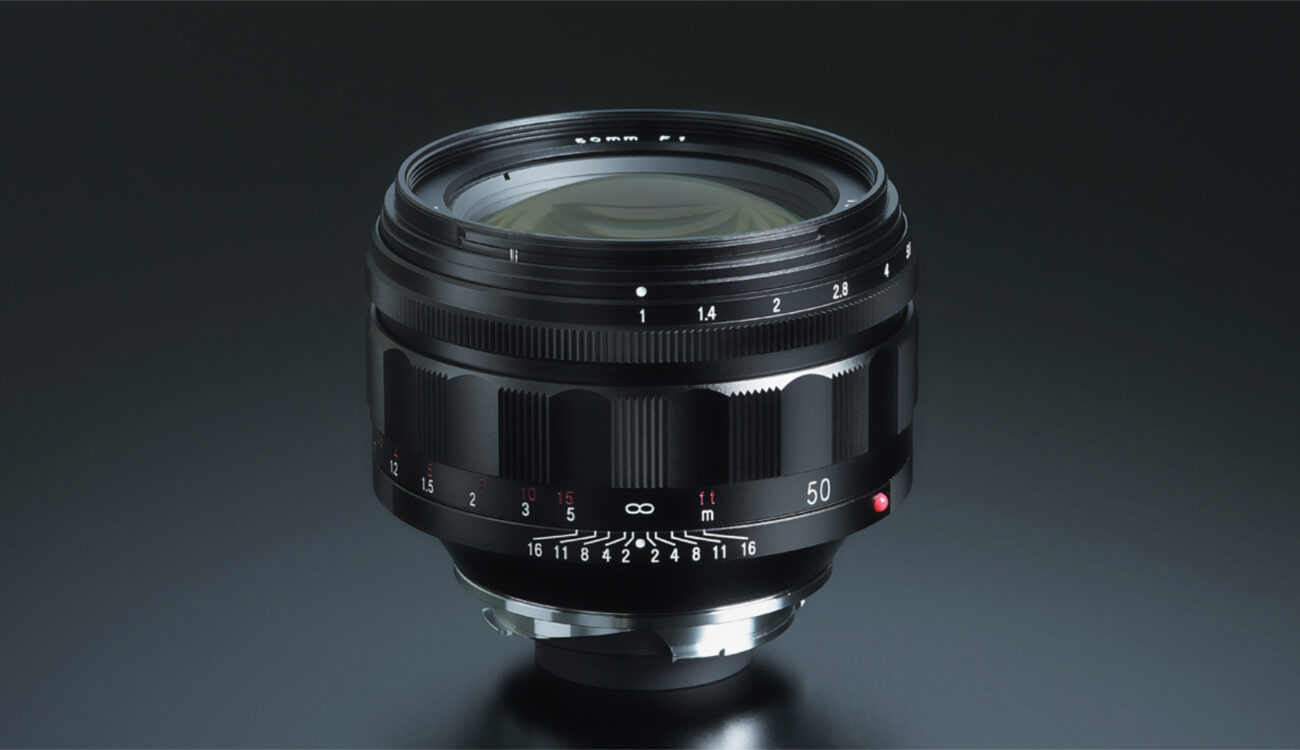 So you thought you already owned the low-light champion since you invested in the Voigtländer 50mm F1.2 Nokton lens? Well, think again, because there is now a 50mm F1.0 version of it. And why? Because!

A so-called nifty-fifty belongs in every filmmaker’s bag, and a fast lens will help you get good low-light shots as well as gorgeous portraits with plenty of bokeh.

Cosina (the company behind the Voigtländer brand since 1999) now announced a new version of their fameous 50mm F1.2 Nokton and it gets even faster: Meet the Voigtländer 50mm F1.0!

Why would a company design and build a lens that is half a stop faster when they already have a very fast F1.2 lens in their portfolio? Well, half a stop can actually make a big difference in low light!

This new lens offers an angle of view of 47.8°, has a size of φ73.6 × 55.0 mm and weighs 484 g. The lens consists of 9 elements in 7 groups, with the front element using a GA lens (with ground aspherical surface). 12 aperture blades provide a pleasant, round bokeh.

The Voigtländer 50mm F1.0 Nokton covers full-frame image sensors and has a VM mount that is compatible with the Leica M mount. Using an adapter, this lens should also work well on other mirrorless cameras.

The lens comes with a reversible metal lens hood and features a 62mm filter thread. It is a completely manual lens. So don’t expect autofocus to help you nailing the shot. Combine that with the fact that this lens has an F1.0 aperture, and you’ll probably have to practice your Zen-like focus skills.

The one downside with this lens is its relatively long minimum focus distance of 90cm.

What do you think? Do you already own Voigtländer glass? Share your experiences in the comments below!