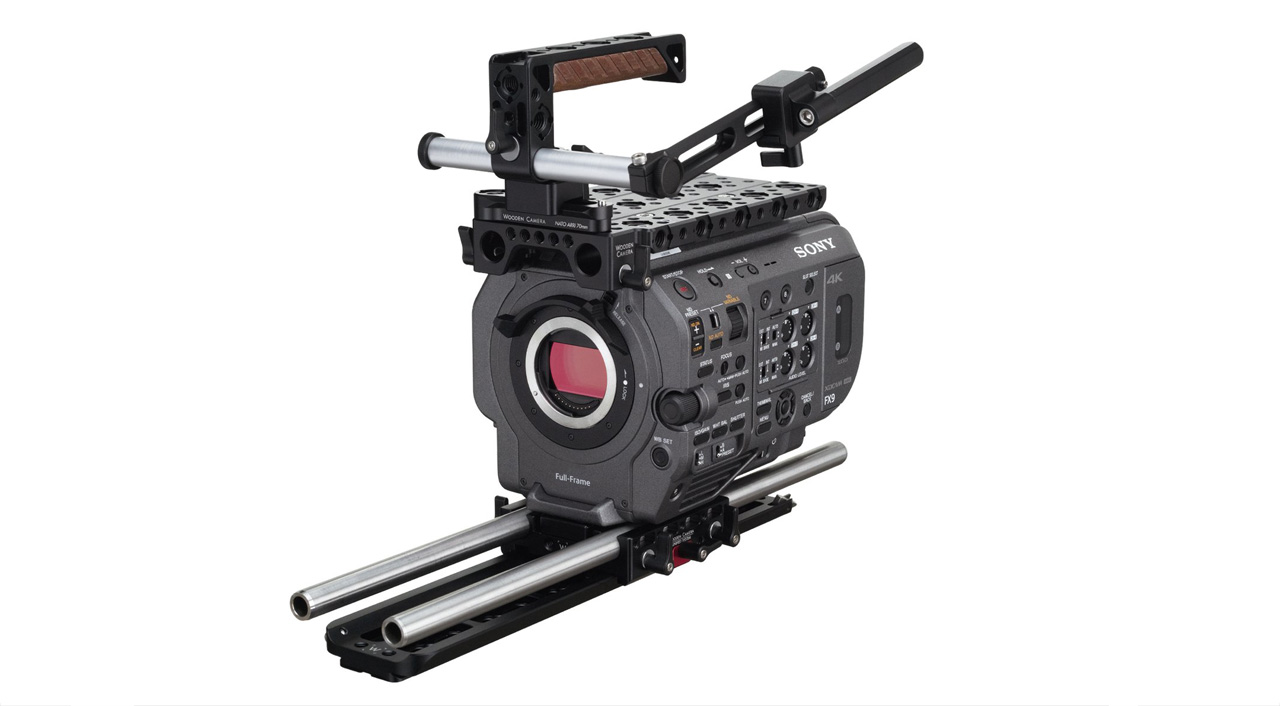 Sony’s new full-frame cinema camera  Sony FX9 has been introduced during this year’s IBC show in Amsterdam and it will start shipping soon. If you want to know more about the camera, make sure to check our previous articles:

Like all of Wooden Camera accessory lines for specific cameras, the Sony FX9 Accessories span over 3 packages – Base, Advanced and Pro.

The Wooden Camera Sony FX9 Base package includes a unified base plate, providing 15mm rods at the correct height to the camera, top handle and top cheese plate with further 15mm rod support.

The cheese plate covers the entire top of the Sony Fx7 body. Offering an array of ¼’ 20 and 3/8” threads in ARRI spacing on the top and both sides and at the front is a pair of 15mm rod receivers.

The Top Handle V2 bolts straight to the cheese plate, offering a single horizontal rod receiver for mounting accessories, as well as front, side and top threads.

The baseplate has a two-part plate system – the top half allows you to leave the 15mm rods behind, resolving to an arca swiss compatible compact plate.

The bottom of the baseplate has a second plate, you can attach this to your tripod to include the 15mm rods, or replace it with an ARRI Dovetail for full slide compatibility. 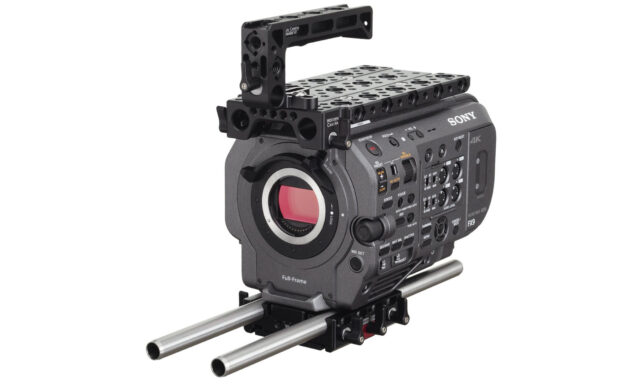 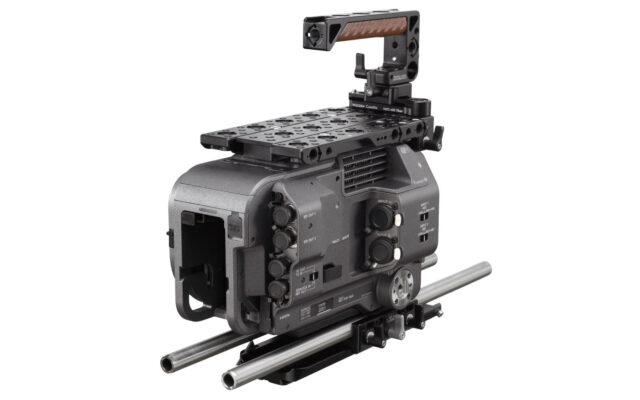 The Pro Kit is everything of the Advanced, but switches the dovetail to longer 12” version and includes a two-part UVF mount.

The UVF mount offers swinging and sliding ability via 15mm rod and NATO rail so that you can quickly adjust the position of the stock viewfinder. 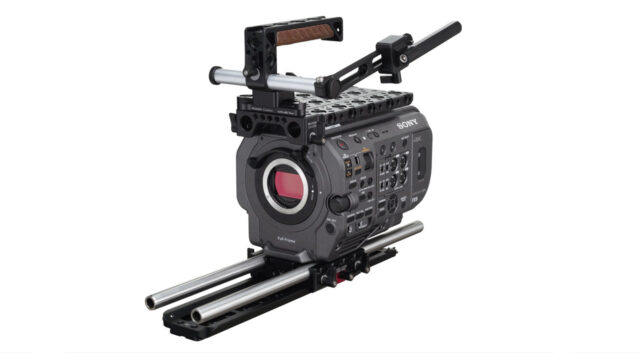 In addition to the 3 packages, Wooden Camera has also released a new sliding battery plate for the Sony FX9; available in Gold Mount or V-Mount.

The plate attaches directly to the back of the camera, meaning it can work in tandem to the BPU batteries, making the system hot-swappable.

A thumbscrew allows the plates to hinge for easy access, and a D-tap output allows expansion for powering accessories. 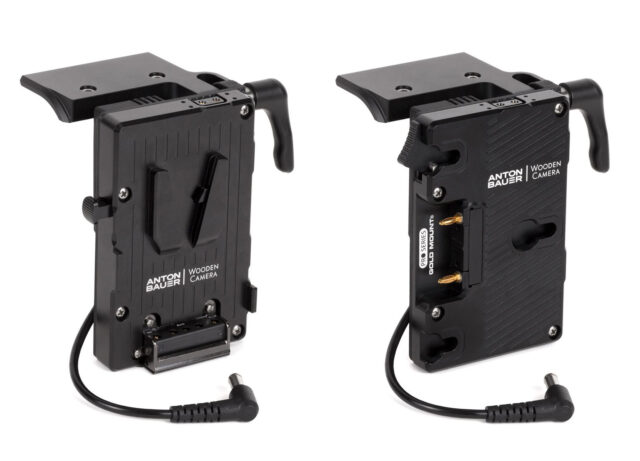 The unified baseplate is compatible with many different camera systems; we’ve spoken before on this likely being the USP (unique selling point) of the Wooden Camera range.

The ability to quickly decide on the inclusion of 15mm rod support, and compatibility with both popular plate systems in arca swiss and ARRI dovetail at simultaneously gives you a lot of options.

Are you in the market for a Sony FX9? Have you thought about your accessories yet, what are you getting? Let us know in the comments below!