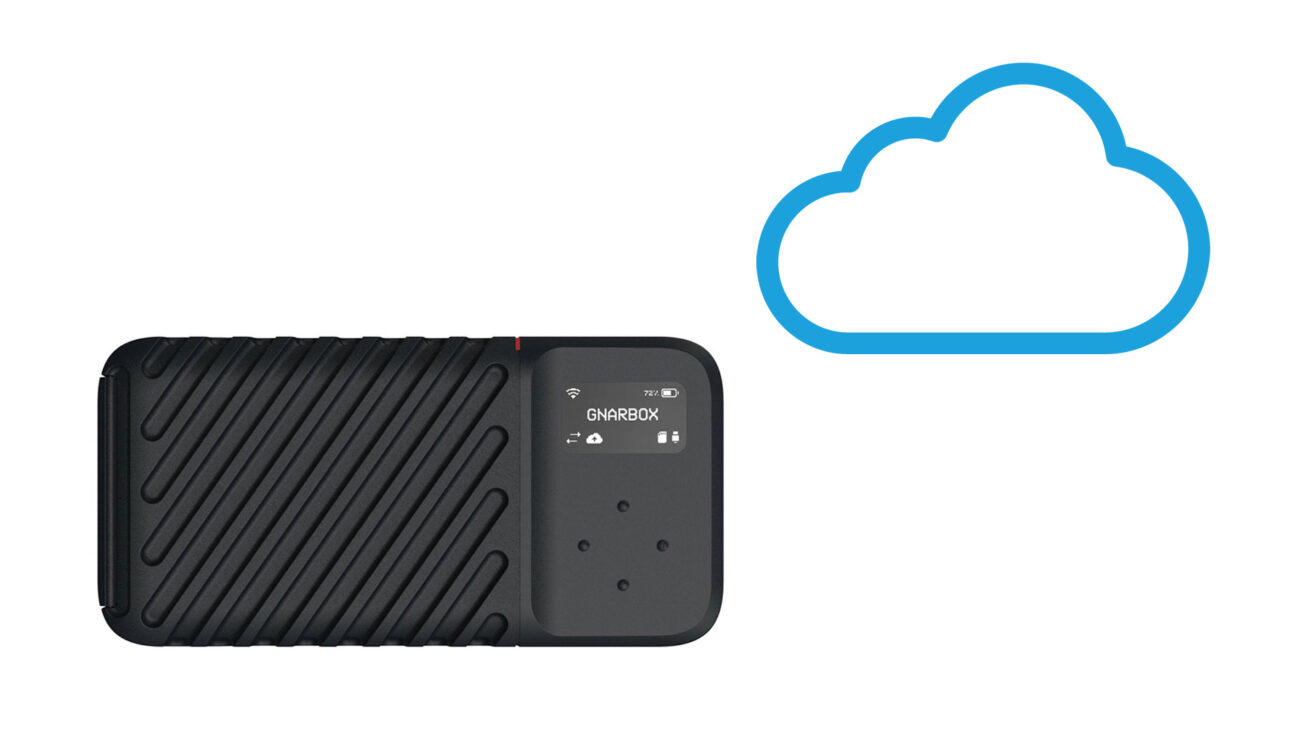 GNARBOX recently released a software update, version 2.7.1, for its GNARBOX 2.0 backup device. This new version introduces a new GNARBOX App that merges both Safekeep and Selects apps into an all-in-one solution. Also, with this latest version, you can now use your iPhone/iPad as a hotspot to directly upload your footage to Frame.io or Dropbox. Let’s take a closer look at all the new functionalities!

If you never heard of GNARBOX 2.0 before, this is a portable backup storage solution launched in October 2019. This product’s main goal is to backup all your footage directly on set, without needing a computer. With a maximum capacity of 1TB and removable batteries, this device for photographers and filmmakers helps you offloading your cards with peace of mind that all your data is safe.

GNARBOX recently pushed things a bit further with the latest GNARBOX 2.0 software update version 2.7.0 that can now upload your footage directly to the cloud via your iPhone/iPad 4G/5G connectivity.

Also, the latest 2.7.1 mini-update that was just released adds a new function that allows you to switch off the GNARBOX 2.0 WiFi and corrects a few additional bugs and issues.

The GNARBOX 2.0 software update 2.7.1 is a free firmware update that is available now. This software release requires downloading the new GNARBOX app, followed by Software, Operating System, and Firmware updates.

What do you think about this GNARBOX 2.0 software update 2.7.1? Are you already using a GNARBOX 2.0 SSD? Let us know in the comments below!