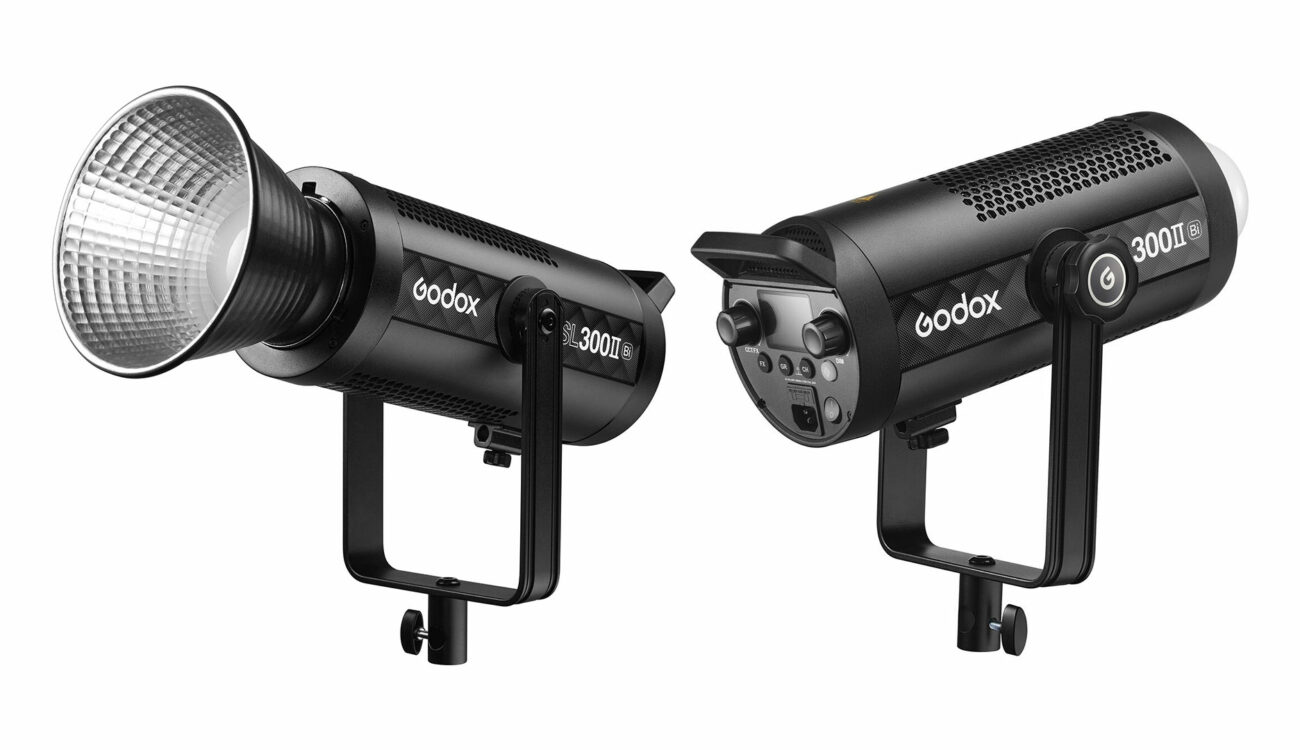 Godox has released a new bi-color version of its affordable 300W COB LED light: the SL300II Bi. This version can go from 2800 to 6500K, and it still has all the features of the previous version: a built-in Bowens Mount, high CRI/TLCI values, a silent-operating mode, and much more. So let’s look at this affordable new offering from Godox!

Chinese manufacturer Godox has a solid reputation for creating products with an excellent price/feature ratio. While they might not get all the bells and whistles of higher-end competitors’ offerings, Godox products effectively get the job done without breaking the bank.

Earlier this year, the company introduced the Godox SL300II, and Litemons LA LED fixtures. They’re back a couple of months later with the Godox SL300II Bi, a bi-color version of its little brother.

The Godox SL300II Bi has a lot of things in common with the daylight-only SL300II. So let’s get straight to the point and resume all the similarities between both lights:

As you can tell, both lights can’t be controlled via DMX or a smartphone app, and they can’t be battery-powered. However, if you’re after simple, easy-to-use LED lights without paying for features you don’t need, the Godox SL300II and SL300II Bi are excellent offerings.

Next, the Godox SL300II Bi has a bi-color COB LED chip that can go from 2.800 to 6.500K. Bi-color LED fixtures have less light output than daylight-only versions, and the SL300II Bi is no different.

What do you think about this new bi-color COB LED light? Do you use Godox lighting products or lighting modifiers? Don’t hesitate to let us know in the comments down below!