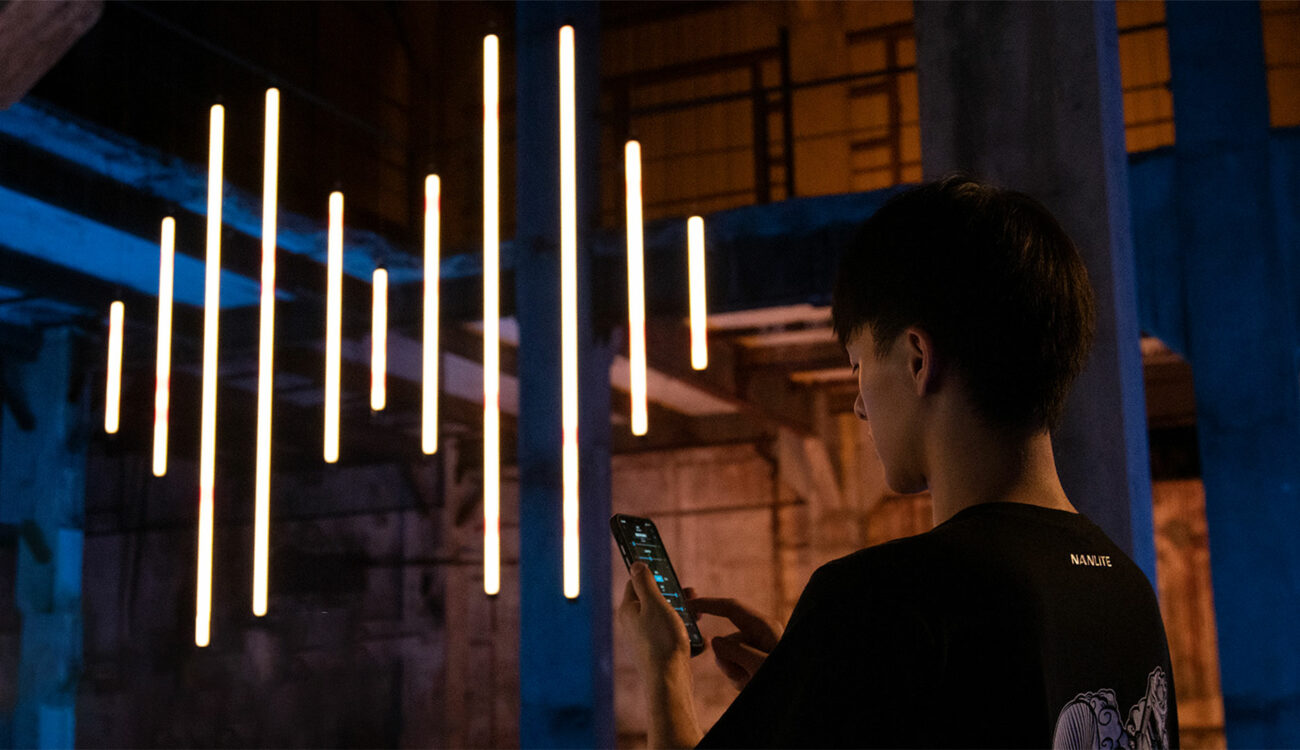 by Jeff Loch12 days ago

Nanlite has just released the second generation of their famous PavoTube LED lights: the PavoTube II X. This second generation is available in 2’/60cm and 4’/120cm lengths like its predecessor, but the company introduced a new giant 8’/240cm version! The Nanlite PavoTube II X also feature a Pixel Control mode with 15 built-in effects modes for more control and versatility. In addition, you’ll be able to control these LED tubes – as well as other Nanlite/Nanlux fixtures – with the new Nanlink App.

Three years ago, Nanlite launched the PavoTube 15C/30C LED RGB tube lights at a very aggressive price point. These tubes have been very popular amongst indie filmmakers. Last year, the company introduced the smaller version PavoTube II 6C for those looking for an affordable and compact accent light.

To make a great product even better, Nanlite has just introduced yet another version of its PavoTubes: the PavoTube II X.

The Nanlite PavoTubes II X are available in three different versions: the PavoTube II 15X, which is 2’/60cm long, the 30X, which is 4’/120cm, and the big 60X that tips the scale with a length of 8’/240cm! Here is a quick recap of everything new compared to their predecessor:

As you can tell, that’s quite a few improvements! Also, the adjustment knob found on the previous version has been replaced by the power inputs. The light controls are now at the back of the fixture, next to the display.

These days, any LED light comes with its own iOS/Android app. Nanlite already had an app, which was ok, but they just released the first version of their new NANLINK App, which allows you to control your PavoTube II X wirelessly.

This new NANLINK App will allow you to control all your existing Nanlite fixtures wirelessly, group them, launch presets, and so on. Here is every feature you can control via the App:

If you have older Nanlite fixtures, the company introduced a transmitter box (WS-TB-1). This box has a built-in battery and looks very compact and lightweight.

There is very little information on the WS-TB-1 out just yet, but we’ll update this article as soon as we learn more about it!

The NANLINK App is available now for iOS devices and can be downloaded in the App Store. The Android version should come out in December 2021.

The WS-TB-1 transmitter box will be available at the end of this month.

What do you think about these updated PavoTube II X? Did you already use the previous version? Don’t hesitate to let us know in the comments down below!