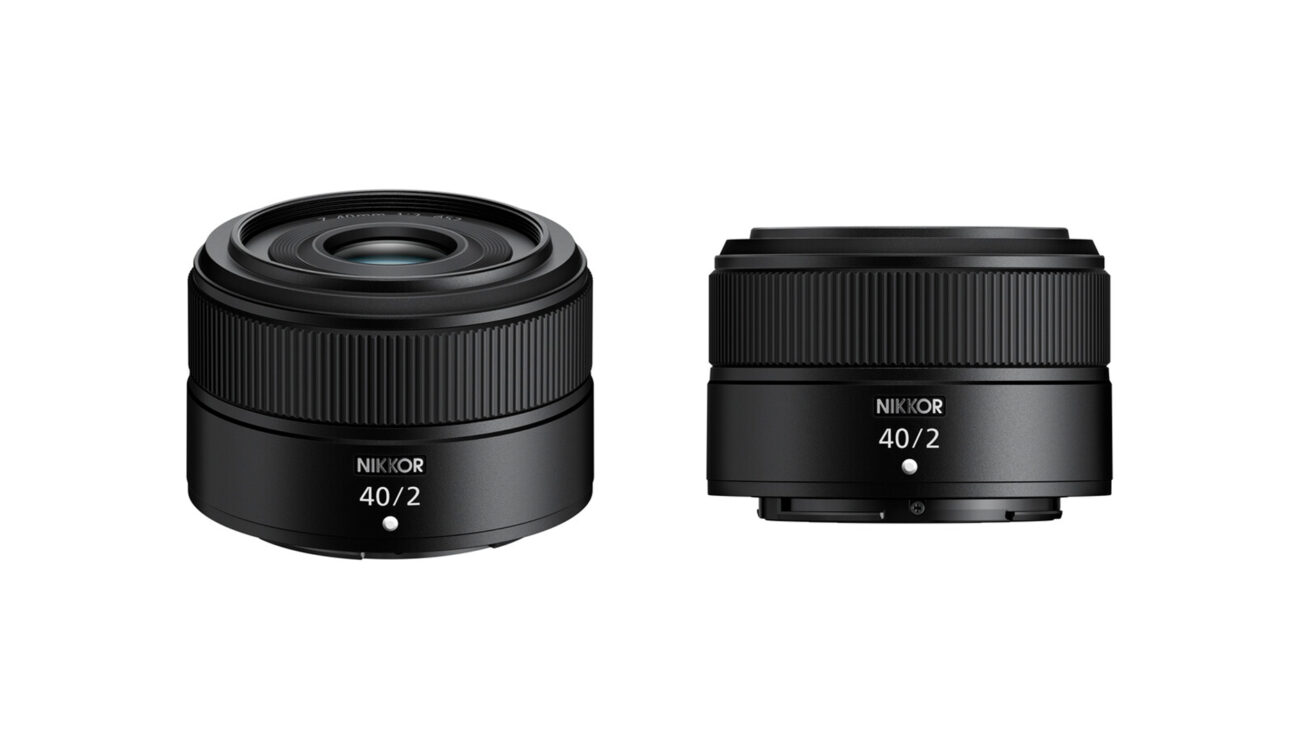 Nikon has just announced a new lens in their Z lens lineup: the NIKKOR Z 40mm F/2. This compact and lightweight prime lens cover full-frame sensors, and it’s the company’s most affordable lens for Nikon Z cameras, with a price of only $299. Let’s take a closer look at it!

All these lenses cover full-frame sensors and are compatible with the Nikon Z 6II and Z 7II, as well as the upcoming flagship Nikon Z 9 camera. The Nikon Z 9 is expected to be released later this year and hopefully catch filmmakers’ attention with impressive, especially after the recent release of the Canon EOS R3 that raised the bar.

The Nikon NIKKOR Z 40mm F/2 is a very compact (4.5cm/1.8″ long) and lightweight lens (170g/6 oz) that’s designed to stay on your camera at all times. I guess it will quickly become a trendy lens for street photographers, bloggers, and content creators that don’t want to carry a ton of weight with them all day.

The lens is not totally weather-sealed, but according to Nikon, it is “designed with consideration for dust and drip-resistant performance with a sealing that prevents dust and water droplets from entering the lens.”

As you can tell, the NIKKOR Z 40mm F/2 is mainly made out of plastic, and the lens design is fairly simple, with only six elements in four groups. The aperture diaphragm consists of nine rounded aperture blades. The minimum focus distance is only 29cm/0.96 ft, and the front filter thread is 52mm.

For filmmakers, Nikon claims that the NIKKOR Z 40mm F/2 is very silent when autofocusing and that it has reduced focus breathing when going from close focusing to infinity. Last but not least, it has an integrated control ring that you can assign to either focus/ISO/aperture/exposure compensation settings.

The Nikon NIKKOR Z 40mm F/2 will be available later this fall for $299.95, making this lens the most affordable prime lens in the Nikon Z ecosystem.

What do you think about this new Nikon NIKKOR Z prime lens? Do you use Nikon mirrorless cameras as your main camera? Are you patiently waiting for the NIKON Z 9? Don’t hesitate to let us know in the comments down below!