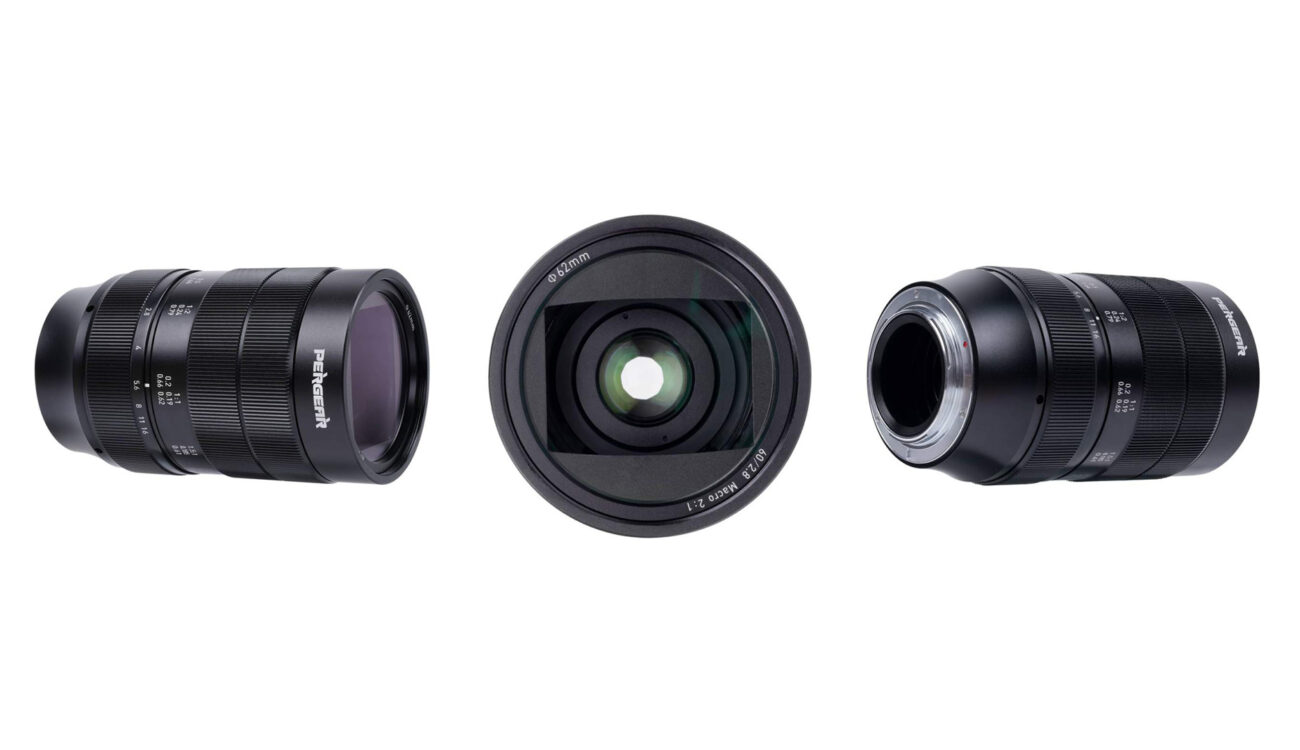 Pergear is a relatively new Chinese player in the lenses industry, specializing in affordable manual lenses. For a couple of years, the company has been making prime lenses for Sony, Micro Four Thirds, FUJIFILM, and Nikon mirrorless cameras.

If you’re looking for an affordable macro lens, the Pergear 60mm F/2.8 Ultra-Macro 2x magnification lens might be a valuable option for you.

The Pergear 60mm F/2.8 Ultra-Macro 2X Magnification is a fully manual lens compatible that covers APS-C sensors. For filmmakers, the aperture ring is de-clicked, which is perfect if you need to make small aperture adjustments.

On an APS-C camera, you’ll get a 90mm full-frame equivalent focal length. However, the company claims that “while it is designed for use in APS-C formats, this lens can also be used with Full Frame cameras. On Full Frame cameras, there will be slight vignetting while shooting at infinity.”

The Pergear 60mm F/2.8 Ultra-Macro 2X Magnification lens design consists of 11 elements in 8 groups, including three high-refractive index elements to help with spherical aberrations and reduce distortion. In addition, a multi-layer coating is applied to all elements to help reduce lens flares and ghosting.

The aperture diaphragm consists of ten aperture blades for smooth and creamy bokeh. The front filter thread is 62mm, and the minimum focus distance is only 19.1cm/0.62ft. If you pair the minimum focusing distance with the 2x magnification, this Pergear 60mm F/2.8 has serious macro capabilities.

What do you think about this new Pergear affordable 2x macro lens? Do you often use macro lenses? Do you think autofocus lenses are useful when shooting macro videos? Don’t hesitate to let us know in the comments down below!