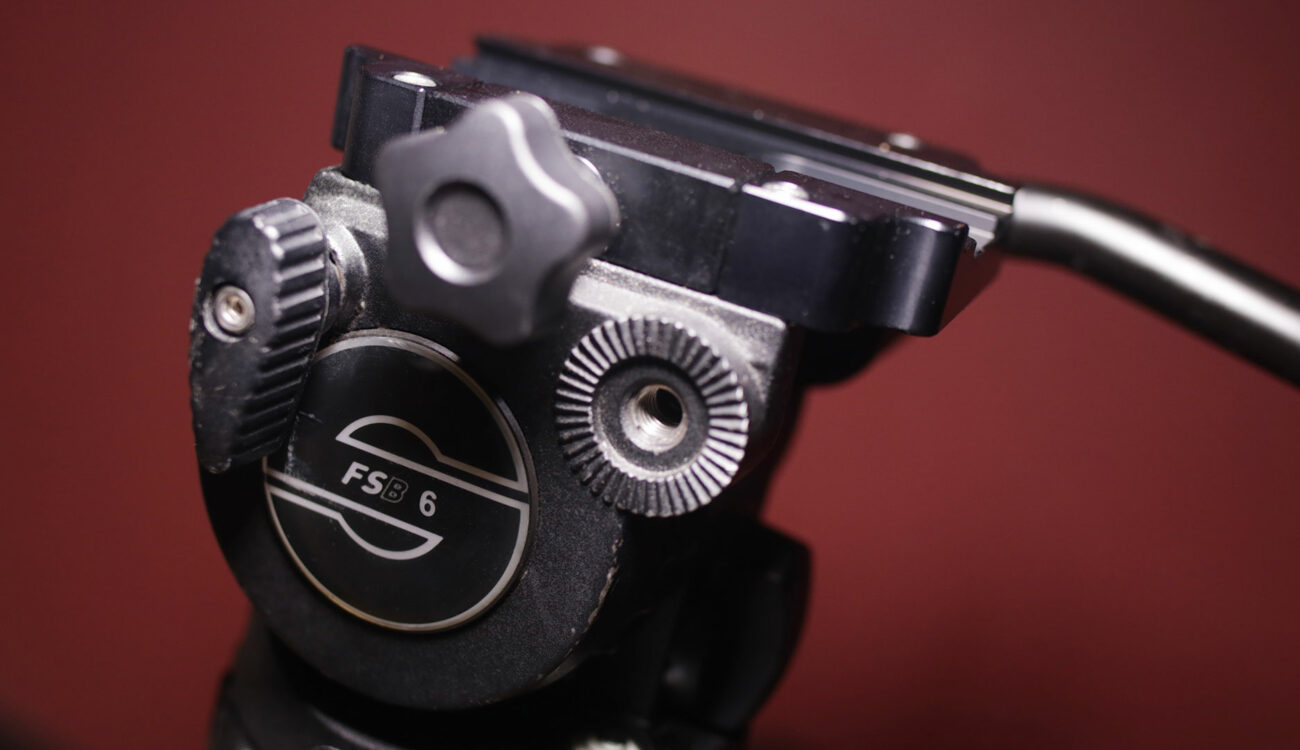 by Jeff Loch9 days ago

If you’re using Arca-Swiss quick release plates and looking to modify your Sachtler FSB 6/8/10 tripod head, look no further, I’ve found a solution for you: Wildlife photographer Christof Steirer developed a custom-made plate that replaces Sachtler’s original sideload plate, and I decided to try out.

Disclaimer: First off, let me say, I am not a personal friend of Christof Steirer, nor one of the company’s ambassadors. Like the other articles published on CineD, Christof Steirer, or any other brand, did not pay us to write this article. I paid for the reviewed product myself, and did not get a discount for my purchase. This review is my unbiased opinion. Christof Steirer did not modify, influence, or give input about the article before its publication.

Sachtler FSB 6/8/10 tripod heads have been available for a couple of years now. Even if they were replaced by the Sachtler aktiv series, the FSB series is still part of many filmmakers’ kits.

Why I use Arca-Swiss quick release plates

As a filmmaker, I’m always on a quest to optimize my workflow on set and in post-production. Efficiency is critical, and I try to be as fast as possible when filming. For me, gear in general, should be a way to achieve my creative vision, so it should not slow me down or make my life more complicated.

In that regard, I use Arca-Swiss plates/receiver on all my cameras, tripods, sliders, gimbal, and grip support in general. That way, I can seamlessly switch between the tripod and any other equipment in a matter of seconds. It also makes me faster at mounting and packing my gear.

I’ve been a huge fan and user of Kessler’s Kwik Release plates for years now. Recently, they even released a version 2, which I haven’t tried yet. These Arca-Swiss standard plates are sturdy, reliable, solid, and an absolute pleasure to work with. However, they are not the cheapest ones available, but for me, they are worth every penny.

However, very few video tripod heads/fluid heads feature a native Arca-Swiss camera mount. It feels like, and it’s legitimate, many manufacturers have their own standard, like the Manfrotto 501/Sachtler Touch & Go/ARRI base plate and so on. I won’t debate that, but I wish more video tripod heads had a native Arca-Swiss quick release plate built in. For example, the now-discontinued Really Right Stuff FH-350 was excellent in that regard, same as the much more expensive FH-7240.

Of course, you can always screw an Arca Swiss quick release receiver on any tripod plate. Still, it adds height to your camera setup and increases your center of gravity. Most of the time, it’s okay. But, browsing the Internet looking for a better way to do it, I found an outstanding solution for Sachtler FSB 6/8/10 users. Indeed, an independent wildlife photographer named Christof Steirer made a third-party Arca-Swiss standard plate that replaces the original Sachtler’s camera mounting plate. I was sold and decided to purchase one.

Inside the package, you’ll find the Sachtler FSB 6/8/10 Arca-Swiss plate, four mounting screws, and another replacement locking knob. The second locking knob is larger than the one that comes pre-installed. I guess it is helpful if you are shooting with gloves.

All parts are made out of metal/aluminum except the plastic locking knob. Materials are not on the cheap end, and out of the box, it gives you that “Deutsche Qualität” (German quality) feeling.

Above is a comparison between the original Sachtler plate’s height with a Kessler Kwik receiver next to Christof Steirer’s plate. As you can tell, the latter is slimmer, and therefore lowers your camera’s center of gravity.

Installing the plate is pretty simple. First, you have to unscrew the four screws that hold the original Sachtler FSB 6/8/10 tripod head in place. There was quite some dust under my plate, as this place is hard to reach, so take some time to clean it while you’re at it.

Next, install Christof Steirer’s plate with the four provided screws. Please note that you can attach this plate in both directions with the locking knob on the left or right. It depends on your preferences; I put mine on the left side.

And that’s it: your Sachtler FSB 6/8/10 tripod head is now Arca-Swiss standard without any additional plate. It’ll reduce the weight of your tripod, lower your center of gravity, increase the strength of your setup, and make your life easier.

However, compared to the Kessler Kwik Release System, Christof Steirer’s system, like many similar Arca-Swiss plates on the market, doesn’t have a “half-locked” mechanism like the Kessler one has. What I mean by that is that, on Kessler’s system, once you insert your camera inside the plate, it can’t fall, and you can adjust it back and forth. On Christof’s plate, you can slide your camera back and forth, but it won’t be locked until you fully lock the knob. Nothing major, but something to keep in mind.

Also, I found another interesting thing. On my Canon C70, I had a Smallrig Canon C200 baseplate. This plate is compatible with the Canon C70 and is supposed to be Arca-Swiss standard.

Indeed, this Smallrig baseplate inserts inside Kessler’s Kwik release receivers, but I always felt it was a little bit “off.” To put it in place, I needed to pull on the Kessler Kwik red tab.

However, this Smallrig plate doesn’t fit Christof Steirer’s plate for Sachtler FSB 6/8/10 tripod heads. I checked, and Christof’s tolerances are perfectly correct, and Kessler’s Arca-Swiss plates fit perfectly inside. It means that the Smallrig baseplate is “out of tolerances” because it is too large, which is not very helpful. I would like it, if accessories manufacturers could have an eye on this and pay more attention to follow industry standards measurements. As filmmakers and customers, it would be nice if all our third-party filmmaking accessories were compatible within the same standard.

Christof Steirer’s Arca-Swiss plate for Sachtler FSB 6/8/10 is, for me, a perfect example of independent photographers/filmmakers solving real-life problems. I’d love to see more options and products like this one for other tripod head models and maybe different quick-release standards. I have no doubt that this type of plate is an excellent solution for many filmmakers.

To get your hands on Christof’s plate for Sachtler FSB 6/8/10 tripod heads and learn more about it, you can visit his website here, or go directly to his eBay store.

What do you think about this plate? Do you own a Sachtler FSB tripod head? Which quick release system are you using? Don’t hesitate to let us know in the comments below!