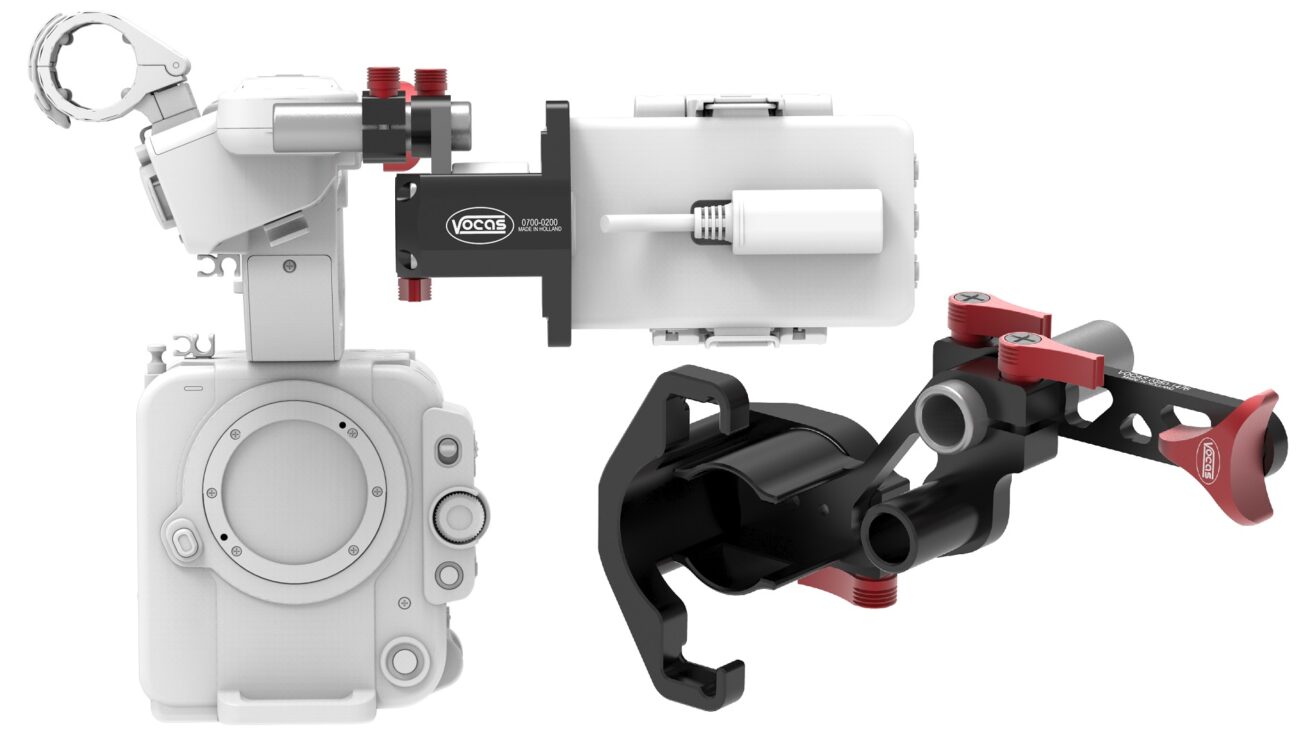 The new Vocas LCD Monitor Support for the Sony FX6 eliminates the play of the LCD monitor’s hinge when the Sony Loupe is attached – due to the design of the friction holder, the monitor will be unable to move or slide. Vocas also launches a special kit that consists of the LCD Monitor Support together with the Vocas Sony 8T to 15mm viewfinder bracket. This bracket replaces the original Sony viewfinder bracket to ensure an even more stable connection.

Vocas is a camera accessories company based in the Netherlands. They have been mostly focusing on cages, rigs, and other grip accessories for popular cinema and mirrorless cameras. We can also thank Vocas that there is now a useful 3.5 Hours Sony FX9 Tutorial Video with Alister Chapman online on Youtube, as it was filmed during the company’s Sony FX9 event in 2019. The Dutch company has now announced an LCD Monitor Support Kit for the Sony FX6. Let’s take a quick look at its features and specs.

Announced last year in November, the Sony FX6 is a very capable (in some ways even more capable) smaller sibling of the FX9. Make sure to watch Nino’s First Look Review of the Sony FX6 if you want to know more about the camera. Now, unlike the larger Sony FX9, the FX6 does not come with a viewfinder. The camera only has a touchscreen monitor and, unlike the older FS5, it does not have an additional viewfinder either. That means the camera does not offer good monitoring options for brighter outdoor shoots out-of-the-box.

The good news is that you can attach the Sony FX9’s loupe or various third-party solutions to the display of the FX6. That, however, creates a different problem. The hinge of the Sony FX6’s LCD monitor was only designed to support the weight of the monitor itself. That means, after attaching the loupe or anything to add weight to the monitor, the hinge is no longer able to support the weight and the monitor mostly cannot keep the desired position. We have seen CVP offering a mod kit for this – and now Vocas also looked into the problem.

With this new product, Vocas claims to have found a solution to the problem. The new Vocas FX6 LCD Monitor Support eliminates the play of the LCD monitor’s hinge without any modifications to the Sony FX6. The support can be mounted directly onto the monitor and to Sony’s handgrip.

Due to the design of the friction holder, the monitor will be unable to move or slide. The position of the monitor can be easily secured via a screw that is operated at the bottom through a winged nut. This means, you can operate the support single-handedly.

Vocas claims that both parts are in stock right now and therefore available to order. The LCD Monitor Support alone costs €279 (plus VAT) and the whole kit with the Vocas Sony 8T to 15mm Viewfinder Bracket costs €349 (plus VAT).

Do you work with the Sony FX6? How do you like the camera? Do you feel the need for the Vocas LCD Monitor Support? Let us know in the comment section underneath the article.