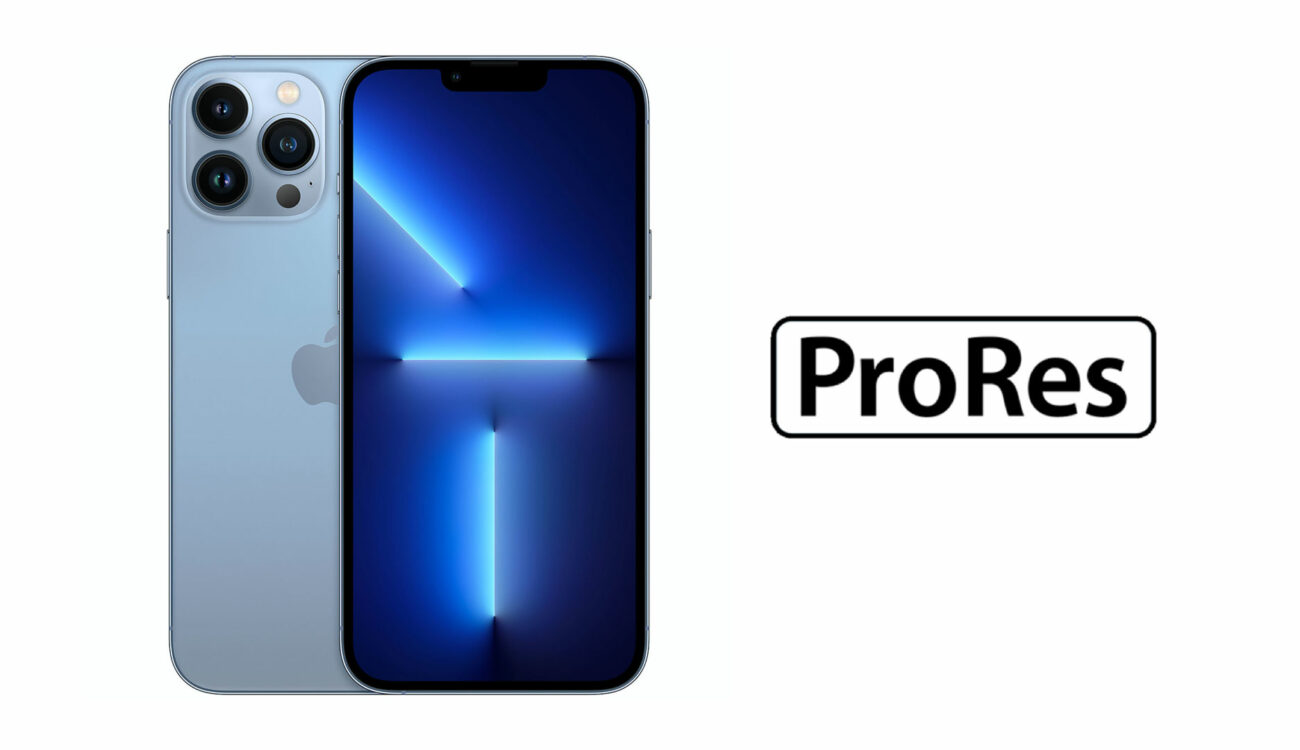 Apple recently released iOS 15.1 that enables you to record videos in the Apple ProRes codec using the native Camera app on iPhone 3 Pro and Pro Max models. The maximum recording resolution is 4K at 30 frames per second for 256/512GB and 1TB models, and 1080p30 for 128GB iPhones. Let’s take a closer look at it!

Last month, Apple released its iPhone 13, 13 Pro, and 13 Pro Max smartphones. These devices’ photo and video capabilities are impressive, especially on the Pro models with three new brighter lenses equivalent to 77mm at F/2.8, 26mm at F/1.5, and 13mm at F/1.3.

Furthermore, what impressed many people are the new Macro capabilities, the astonishing Cinematic Mode, and the possibility to record in ProRes internally. Unfortunately, this ProRes recording feature was not available at the launch, but with the iOS 15.1 update, this recording mode is now live.

It did not take long before Apple implemented “native” ProRes recording onto its iPhone 13 Pro and Pro Max models. Indeed, the latest iMovie 2.3.3 update already supports ProRes video editing and change of depth of field. However, you had to use third-party apps like FiLMiC Pro to unleash your smartphone’s full video recording capabilities.

With the latest iOS 15.1 update, you can now record in Apple ProRes 422 HQ (yes, HQ only!) directly via the Camera app without needing a photo/video dedicated app. To do so, simply go to Settings > Camera > Formats, then turn on Apple ProRes under Video Capture. That’s it! All you have to do in the Camera app is to tap ProRes and start recording.

Be careful before you start recording your following holidays in full ProRes 422 HQ beauty, as these files are up to 30 times larger than “regular” HEVC/H.265 video files. In short, ProRes recordings will eat your iPhone’s 13 Pro/Pro Max built-in storage space.

Also, Apple is limiting which flavors of ProRes you can record depending on the model you purchased. If you get yourself a 256GB/512GB/1TB iPhone 13 Pro/Pro Max, no worries, you’ll have access to every ProRes recording mode, including 4K30p and 1080p60. However, for 128GB iPhone 13 Pro/Pro Max users, you’ll be limited to 1080p30.

Last but not least, don’t forget that it’ll be tough to send these big native ProRes files directly via a text message, Whatsapp, or any direct messaging service. Instead, Apple recommends that you transfer your clips onto a Windows PC/Mac via a lightning cable, iCloud Photos, or transfer your files via AirDrop to another Apple device without any quality loss.

iOS 15.1 is available now free of charge if your iPhone is compatible, including iPhone 13 Pro/Pro Max models that are the only ones capable of recording ProRes footage internally and natively.

What do you think about this latest update for the Apple iPhone 13 Pro/Pro Max? Do you believe ProRes recording is something you would use on your smartphone? Don’t hesitate to let us know in the comments down below!