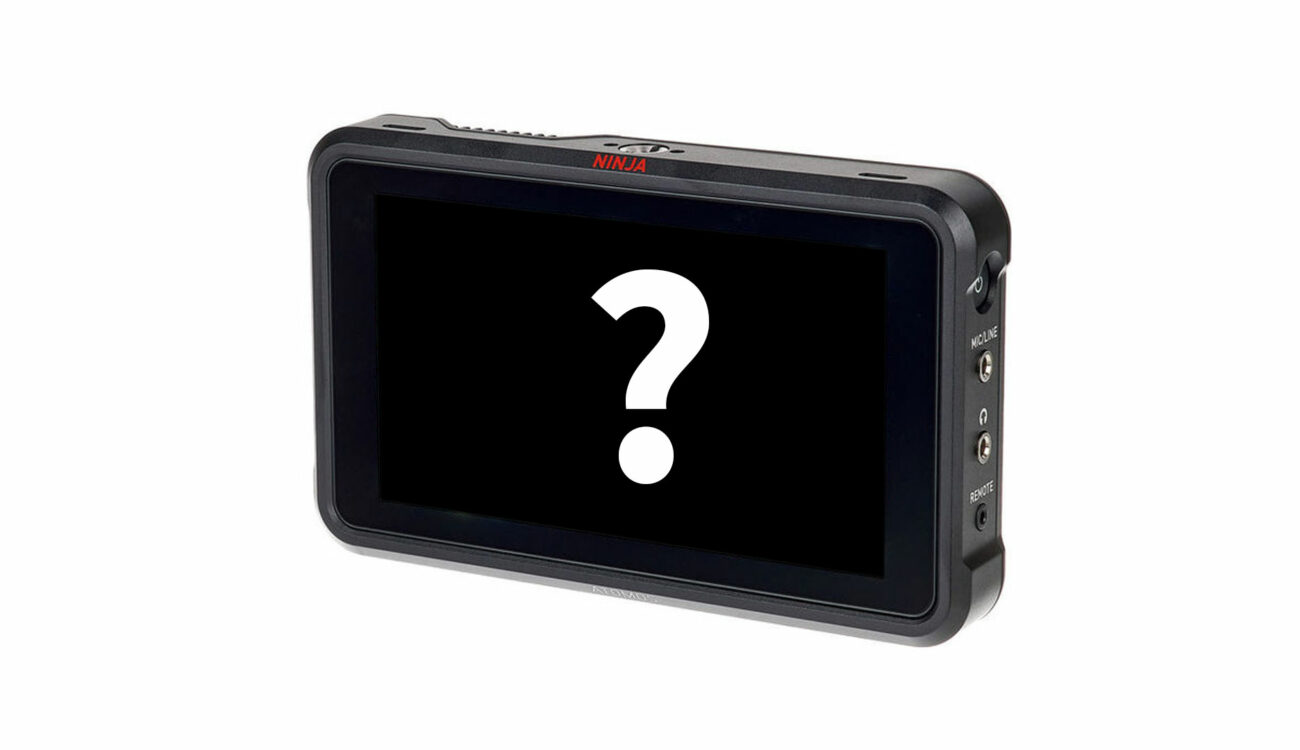 by Jeff Loch14 days ago

Atomos has just announced that they’ll be launching a new monitor in the Ninja V line-up. At the moment, there is very little information about this new Atomos HDR monitor-recorder, except that it’ll be launched in the upcoming weeks.

We first saw the Atomos Ninja V monitor/recorder during NAB 2018, and the least we can say is that Atomos really pushed their product to its limits. Indeed, over the years, they released a couple of accessories like the AtomX SDI module and even a “Pro Kit” earlier this year.

Also, the Atomos Ninja V received numerous firmware updates to unlock its full potential and capabilities, like the ability to record ProRes RAW externally for dozens of cameras. To this day, over 20 cameras are supporting the Atomos and ProRes RAW combination, and the company is working hard to push this RAW format as an industry standard.

So what can we expect from this new Atomos Ninja monitor/recorder?

With the recent announcement of the new firmware updates for the Sony FX9/FX6 cinema cameras, Sony announced that both cameras would be capable of capturing 4K 120p RAW footage externally. While this is pretty impressive, the Ninja V can’t handle such an amount of data, and only bigger models such as the Atomos Shogun are capable of doing so.

At the moment, there is very little information about this new product. Here is what Atomos told us:

Whilst the original Ninja V will continue to bring new updates, Atomos is thrilled to be also announcing in early May a brand-new family member in the line-up – that amongst other exciting features will bring stunning 4Kp120 ProRes RAW recording to our customers.

And that’s pretty much it. We can assume, that this new product will at least have similar specs as its predecessor, including:

Without much speculation/rumors, that’s everything we can hope for from this new Ninja monitor/recorder. We’ll have to wait to see what Atomos is working on.

What do you think about this addition to the Atomos Ninja line-up? Did you plan on purchasing a Ninja V, and are you waiting for this new version? Don’t hesitate to let us know in the comments below!