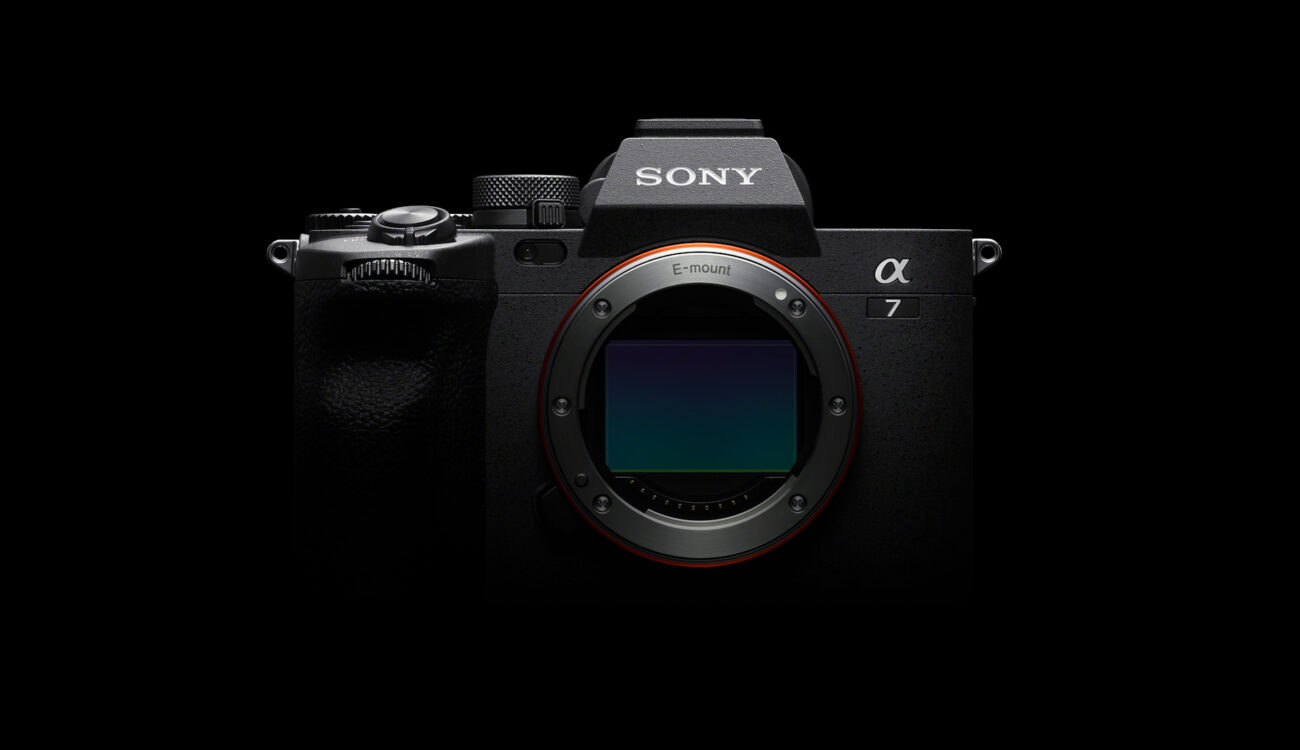 Just announced: the Sony a7 IV features a newly developed 33MP full-frame sensor with 5-axis IBIS, 10-bit 4:2:2 video, up to 4K30 in full-frame mode, and up to 4K60 in crop mode with Long GOP, or All-Intra H.264 and H.265 codecs, and S-Cinetone picture profile. There are new AF features such as Eye AF for animals and birds in video mode, and Focus Map. The camera is available for pre-order now for €2799. We had the camera in our office for a very short test, so make sure to check our a7 IV first-look review as well.

I think the Sony Alpha full-frame camera line is currently the most popular mirrorless product line among filmmakers. Last year Sony introduced the ultimate mirrorless low-light filmmaking tool with the a7S III (check our Review and Lab Test in case you missed it). After that in January 2021 Sony surprised everyone by announcing the Alpha 1 – the new flagship with a 50MP sensor and 8K video recording (again, you can check our Review and Lab Test in case you missed it). These cameras, however, sport a hefty price tag (especially the a1). The “affordable” all-rounder camera from Sony, the a7 III, was announced in February 2018, so over three and a half years ago. Sony users have long been calling for a new generation of the a7 “entry-line”. Well, the wait is over – say hello to the new Sony a7 IV camera! Let’s take a look at its key specs and features.

The camera uses a newly developed 33MP full-frame back-illuminated sensor along with the Sony BIONZ XR image processor (same as the a7S III and a1). Thanks to the fast processor, the camera can achieve continuous shooting at up to 10fps with AF/AE tracking for more than 800 RAW + JPEG photos. The ISO is now available between 100 and 51,200 (expandable to 50-204,800 for stills and 100-102,400 for video). The higher resolution is, of course, better for photographers, but Sony claims that the low light performance also did not get compromised by the smaller pixels.

The sensor features a 5-axis optical in-body image stabilization (IBIS) for up to a 5.5-step shutter speed advantage. Sony also included the Active mode for stabilization boost (for the price of a slightly tighter crop). Sony claims the sensor is capable of up to 15+ stops of dynamic range. If you guys would like to see us measure the real DR of the new sensor in the a7 IV in our Lab Test, let us know in the comments section below.

The autofocus system of Sony’s latest cameras is already really good, but there are a few new improvements with the a7 IV. The real-time eye AF has three modes – for humans, animals, or specifically for birds. For the first time with an alpha camera, all three eye AF modes are available also for video shooting.

The autofocus is highly customizable just like with the recent alpha cameras such as the a7S III and a1. What I find really interesting is the new Focus Map feature that visualizes the depth of field. The areas behind the DoF are blue, the areas in front of the DoF are red, and areas that are sharp do not have any color. This can be very helpful for manual focusing once you get used to it.

The Touch Tracking and Touch Focus features can be controlled also from the Imaging Edge mobile app. The AF Tracking should now also work up to f/22 which used to be problematic before, according to Sony. The camera also features breathing compensation for consistent angle when focusing.

Unlike the a7 III, the successor a7 IV now has internal 10-bit 4:2:2 recording options. Unfortunately, the UHD 4K 60/50fps video is only available in Super35 crop mode, but with full pixel readout without binning. The 4K video up to 30fps is available in full-frame mode (oversampled from the whole 7K sensor). FHD is available in up to 120fps for slow motion.

In addition to the XAVC-S Long GOP codec (known from the a7 III), the new a7 IV additionally offers the XAVC-I H.264 All-Intra codec and XAVC-HS H.265 codec options. The maximum bitrate is 600Mbps. On top of the S-Log3 flat profile, the camera also includes the S-Cinetone picture profile for pleasing colors out-of-the-box.

Just like the a7S III, the a7 IV features a side-opening vari-angle rear monitor with a 3″ 1.03 million-dot touchscreen panel. This is accompanied by a 3.69 million-dot OLED QVGA viewfinder.

The body of the camera is not a lot different from other Sony Alpha cameras. The grip of the new Sony a7 IV is now deeper (compared to the a7 III), so the camera should sit better in the right hand. There is also a new Still/Movie/S&Q dial to quickly change between modes.

In terms of connectivity, there is an HDMI Type-A (full size) video output, two 3.5mm jacks (output for headphones and input for a microphone), and a USB-C connector with SuperSpeed 10Gbps (USB 3.2 Gen2) specification that can provide direct connectivity to 1000BASE-T Ethernet for fast FTP data transfers. The USB-C can also be used for direct live streaming.

Regarding media, Sony incorporated two card slots. One is keeping the good concept of accepting both SD and CFexpress Type A memory cards. The other card slot only accepts SD cards. The MI-shoe (Multi-Interface) on top can work with Sony microphones and the XLR unit.

What do you think about the new Sony a7 IV camera? Are you going to upgrade from the a7 III or any other camera? Do you miss any features with the new camera? Let us know in the comments section underneath the article.